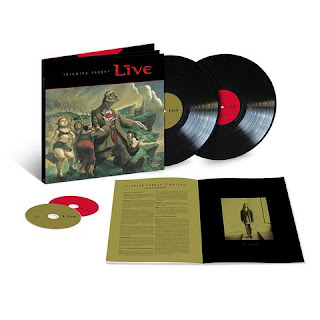 As someone who heavily traffics in milestone releases and reissues, I was incredibly surprised by the creative care and level of attention paid to the 2LP/2CD Super Deluxe edition celebrating Live’s 1994 multi-platinum album Throwing Copper. While the album itself certainly achieved enough success to warrant a reissue (8x Platinum, four Top 10 singles, #1 on the Billboard 200), the York, PA quartet went the extra mile by a including a stunning 12-page booklet, three bonus tracks, and a recording of their previously unreleased nine-song set from Woodstock ’94 – all housed in a weighty, thick-spine gatefold packaging that truly highlights the memorable Sisters of Mercy cover art from Scottish painter Peter Howson.

There’s no denying that Throwing Copper was one of the most celebrated albums of the 1990s. In early 1994, lead single “Selling the Drama” came out a few months ahead of the album and it immediately became an alt-rock radio staple, eventually hitting #1 on Billboard‘s Modern Rock chart. Its moody music video (featuring a “not for very long” long-haired Ed Kowalczyk) established the band’s oft-returning presence on MTV for the next couple of years. For all of 1994 and into 1995, the formula was successfully repeated every couple of months with a new single that unrolled the diverse layers of Live’s cinematic songwriting. The big pop chorus of “I Alone,” the emotive balladeering of “Lightning Crashes,” and the explosive punch of “All Over You” all became Top 10 singles, with each one spawning its own quasi-spiritual music video. The jammy, bass-led “White, Discussion” was put out as a fifth single almost a year after the album was first released, but it stalled around #15 on the charts and didn’t turn get a video of its own. Live was so ubiquitous on alt-rock radio in 1994 that DJs would sometimes tire of the hit singles and play some of the other album tracks like “Iris” and T.B.D.” as well.

While Throwing Copper is notable for being one of the earliest standouts of the post-grunge era, the band was able to solidify their successes through some memorable live performances – especially their fantastic on Saturday Night Live, their mesmerizing MTV Unplugged episode (sidenote: how does this not have a standalone release?!?), and their blistering set at Woodstock ’94. The latter performance has never been officially released by the band until now, as it encompasses the entirety of the second CD of this reissue. Their bombastic Woodstock ’94 set includes seven songs from Throwing Copper and two tracks – “The Beauty of Gray” and “Operation Spirit” – from their debut album Mental Jewelry. It really showcases Live’s talents as a live band, especially with Kowalczyk’s whisper-to-a-shriek vocals and their true secret weapon, the slick complexity of Patrick Dahlheimer’s bass lines. While I would’ve loved to see their MTV Unplugged tracks (or maybe even a DVD of the performance) included in this reissue, their Woodstock ’94 performance is an incredibly welcomed addition to the proper album.

The original vinyl release of Throwing Copper cut out the songs “Pillar of Davidson” and secret track “Horse” so that it could be pressed on a single disc, so it’s really nice to see the album presented across two discs for this reissue. “Pillar of Davidson” and “Horse” have been restored back into the tracklist and three additional bonus tracks were added to Side D: “Hold Me Up,” “We Deal in Dreams,” and “Susquehanna.” The 12-page vinyl-sized booklet contains an enlightening interview with the band framed around a timeline of everything that happened with the band through 1994-1995. While it's really cool to finally have such a solid, two-disc vinyl pressing of the album, it's the impressive extras - the bonus tracks, the Woodstock '94 set, the 12-page booklet, and the gorgeously weighty packaging - that really make this one of the more standout anniversary vinyl reissues that has come out in the last few years.

The Super Deluxe 25th anniversary reissue of Throwing Copper (as well as the single CD and deluxe digital album versions) can be purchased here: https://ume.lnk.to/ThrowingCopper25 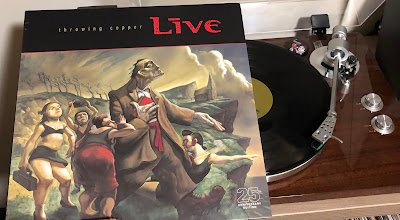 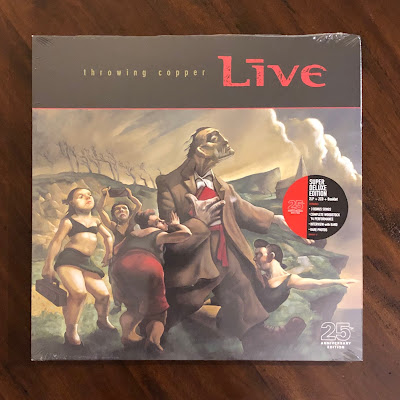 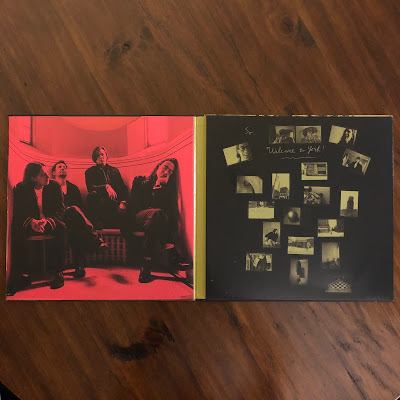 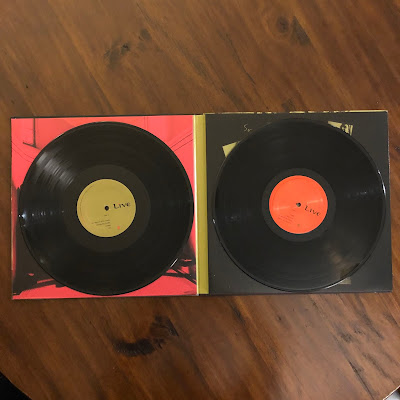 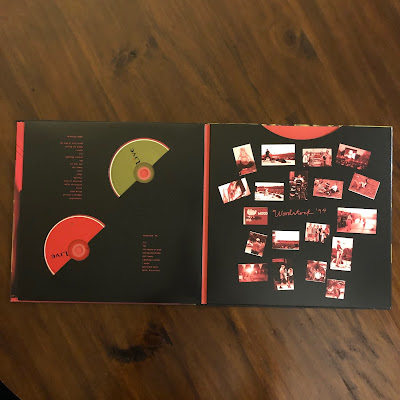 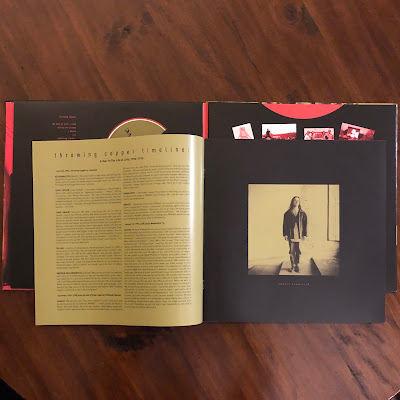 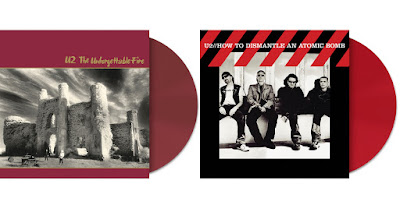 U2 continues its masterful vinyl reissue campaign that it started last year with another selection of mixed chronology releases. This time around they’ve paired 1984’s The Unforgettable Fire and 2004’s How To Dismantle An Atomic Bomb together and pressed them both on sharply colored wax that evokes each album’s cover art. The Unforgettable Fire has been pressed on 180-gram “wine” (a rich, not too deep purple) and How To Dismantle An Atomic Bomb has been pressed on 180-gram red (an explosively bright variant shade). These two new entries in the vinyl reissue catalog are welcomed additions to the impressive rollout that has already featured Wide Awake in America, Achtung Baby, Zooropa, Pop, All That You Can’t Leave Behind, and both “Best of” compilations.

While I may certainly be reading too much into the potential reasoning behind their choices for release parings, I really like this duo because both albums echo points in the band’s career where they wonderfully subverted the expectations of needing to follow their preceding albums. For example, the experimentally ambient The Unforgettable Fire was released about a year and a half after the far more bombastic rock of War. Likewise, How To Dismantle An Atomic Bomb really cranked the guitars and energy up a couple notches from what they merely hinted at with All That You Can’t Leave Behind. Both albums also contain some of U2’s most beloved hits and deep album fan favorites, including “Pride (In the Name of Love),” “Bad,” “A Sort of Homecoming,” “Vertigo,” and “Sometimes You Can’t Make It On Your Own.” Additionally, both albums have been certified 3x platinum in the U.S. alone, with The Unforgettable Fire notching over 8 million in worldwide sales and How To Dismantle An Atomic Bomb hitting 10 million worldwide.

For these reissues, the attentive touches go well beyond the cool aesthetics of the color wax choices. Both reissues are housed in standard single sleeve packaging with fantastic color work on the front and back covers. Inside, both releases feature two sleeve options: a black poly-lined paper sleeve and a thicker full color option. They both also contain a beautiful, full color 16-page booklet with lyrics, liner notes, and more. I must say, as a vinyl collector and a massive U2 fan, both of these releases not only check a variety of boxes on the high-quality reissue want list, but they also continue the trend of U2’s pitch-perfect campaign of reissuing their back catalog on heavyweight vinyl with sturdy packaging, brilliant artwork, and nice little extra touches that help make these reissues really standout from their decades-old vinyl pressings. Whether you’re upgrading your original versions or grabbing the albums for the first time, I highly recommend picking up The Unforgettable Fire and How To Dismantle An Atomic Bomb reissues (as well as their reissues from the last year and a half or so) for the superb audio quality and the beautifully well-done visuals. 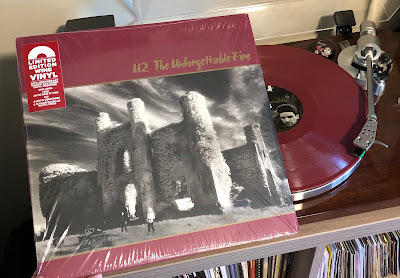 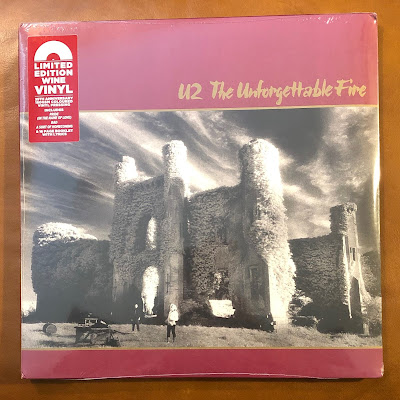 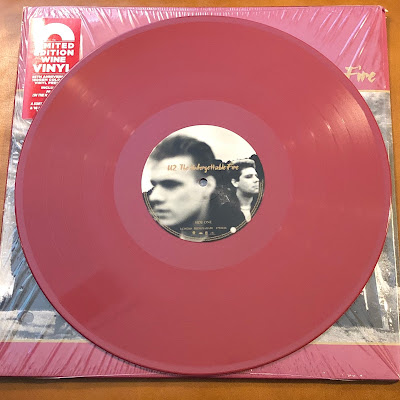 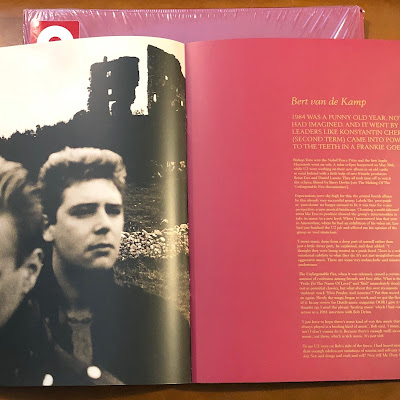 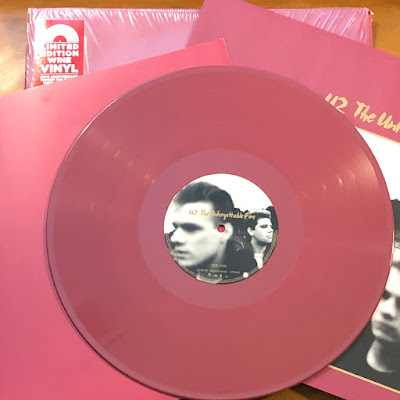 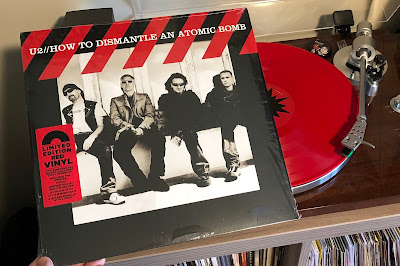 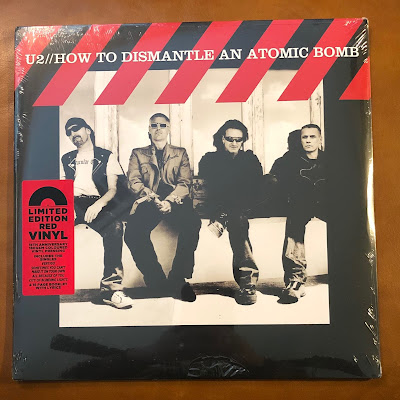 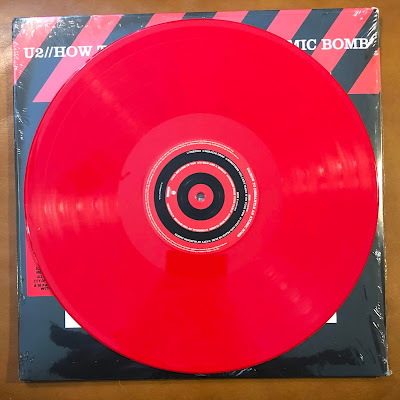 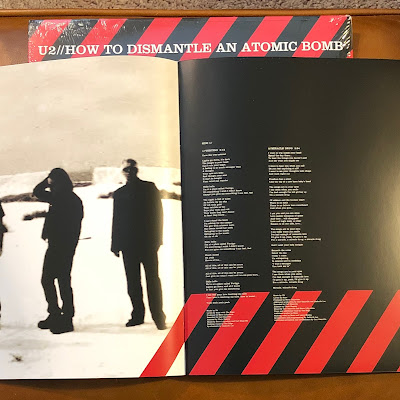 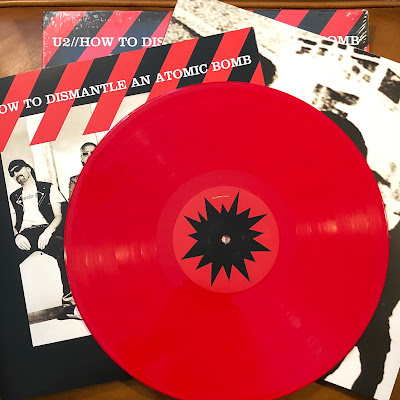