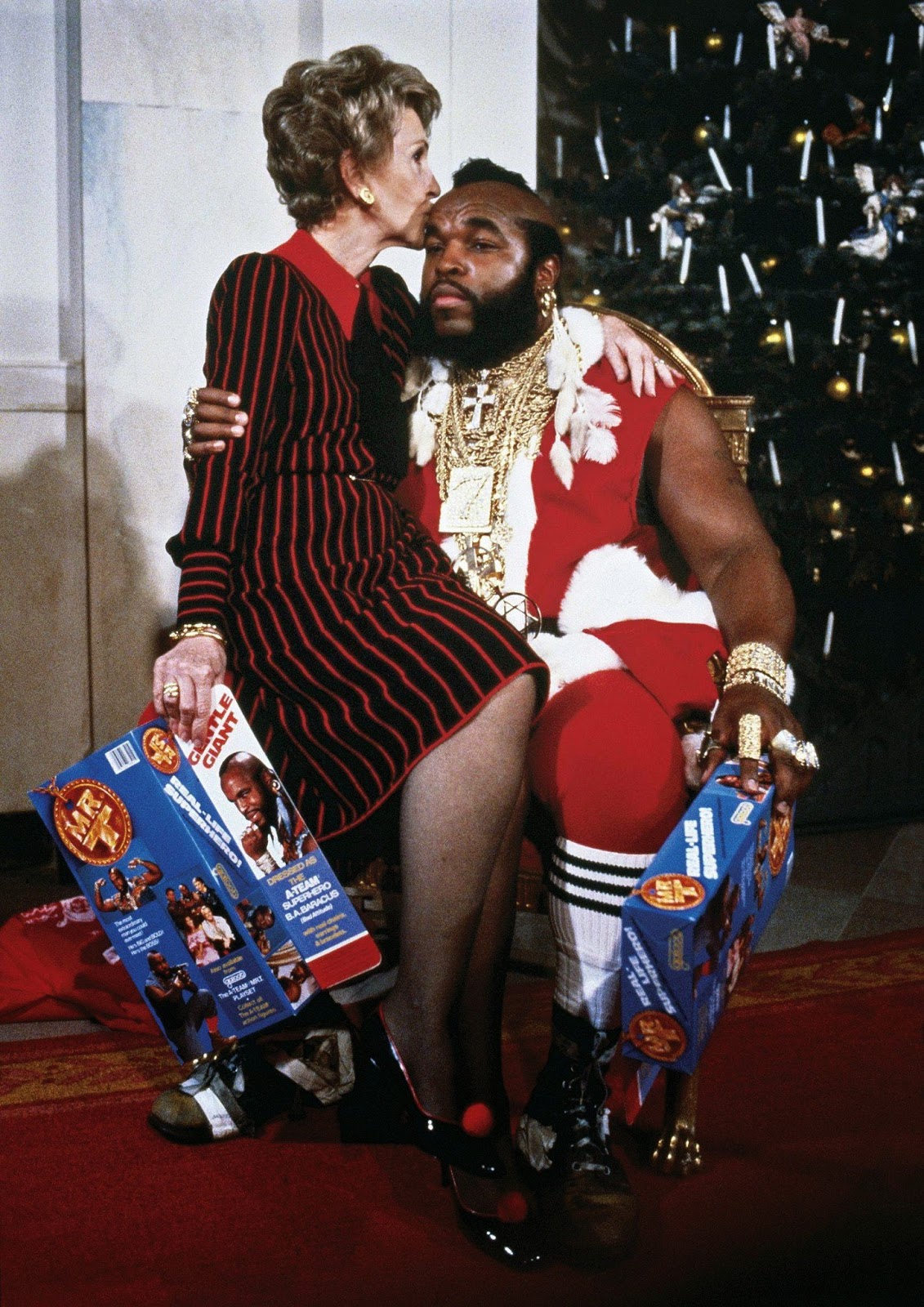 Can we all agree that there seemed to be something extra special about the Christmases of the 1980s? Whether it was due to my age (born in 1980), the special marketing relationship between TV and toys, the rise of video game systems, the plethora of McDonald’s holiday commercials, or the awesome toys that were created under the Cold War climate (G.I. Joe, Rambo, Hulk Hogan vs. Nikolai Volkoff action figures), it seemed to always be a ‘roided out version of Christmas, at least for us kids. Luckily there was also some great music to go along with all of the Cabbage Patch Kid stampedes and claymation California Raisins. A bunch of 80’s Christmas songs have appeared in my previous “Christmasongs” posts and they are more to come after this, but here's a nice chunk of goods ones to mention. Let’s jump in the DeLorean and take a trip shall we…

“Do They Know It’s Christmas?” – Band Aid: You can’t talk about Christmas music from the '80s without starting here. In 1984, Bob Geldof and Midge Ure gathered together a huge collection of some the biggest musical acts of the time to record a single that would raise money for the Ethiopian Famine. Leading the way for other charitable efforts like Live Aid and the “We Are The World” single, “Do They Know It’s Christmas?” serves as an important milestone in the ongoing relationship between music and relief efforts. Watching the video for this one is like a “Where’s Waldo” of the musical landscape of the 8'0s.

“Christmas (Baby Please Come Home)” – U2: It’s hard to believe that only one of the A Very Special Christmas compilations were released in the 80’s, but it was at least a really good one. Bruce Springsteen, Sting, Run DMC, Madonna and Bon Jovi all appeared on it and U2 performed one of the best loved covers of Darlene Love’s classic “Christmas (Baby Please Come Home).” It was recorded during a soundcheck on one of the stops on The Joshua Tree tour, so it has that iconic mid-8'0s U2 sound. This one shows up every year on radio playlists and retail store overhead speaker, but for very good reason.

“All I Want For Christmas” – Timbuk 3: Timbuk 3 is a unique band that is mostly categorized as a one-hit wonder for their irony laced “The Future’s So Bright, I Gotta Wear Shades” single. However, my favorite song of theirs is “All I Want For Christmas” from 1987. Written as somewhat of a protest song against the vast array of “war toys” that were available to kids, the chorus of “All I want for Christmas is world peace” sums up the song pretty well. The verses name drop a lot of toys like Transformers, G.I. Joes, Rambo, and Thundercats and there’s also a reference to Stars Wars 1, 2, and 3 and VCRs. Add in a drum machine and a “We Three Kings” harmonica solo and you’ve got one decidedly '80s socio-political Cold War Christmas song.

"All I Want For Christmas" - Timbuk 3

“Give Love on Christmas Day” – New Edition: Before there was Bell Biv DeVoe and Bobby Brown's solo career, there was New Edition - one of the most ridiculously talented teenage R&B vocal groups since the Jackson 5. Their 1985 Christmas All Over The World album is one of my favorite go-to holiday albums every year and I was so happy to finally upgrade it from cassette to CD a few years back. While the song "All I Want for Christmas (Is My Girl)" is my favorite song from the album, their cover of the Jackson 5's "Give Love on Christmas Day" gets the highlight here for it's old-school throwback move of throwing the each band member's name into the lyrics: "Ronnie, Bobby, Ricky, Mike, and Ralph too/Give all the love that we feel to you." Classic cheesy goodness, every single time.

“Christmas Wrapping” – The Waitresses: I know, I know… people either love the '80s New Wavey awesomeness of this song or they hate that it’s played so much. I am absolutely in the former camp because this song is really, really good and it’s possibly the only Christmas song to reference one time grocery giant A&P. The song is super festive and relays a bunch of missed connections that tie together nicely in the end. I love the sound of this song and the late Patty Donahue had one of the coolest and most distinctive voices in the New Wave genre. Special thanks to Steve Craig, radio DJ hero of my teens, for cementing this song in my holiday heart by spinning it a few times every year during his "House Of Retro Pleasure" Christmas shows. I can't thank that guy enough for all the great music over the years!


“Merry Christmas Santa Claus (You’re A Lovely Guy)” – Max Headroom: '80s icon and “New Coke” spokesman Max Headroom’s voice causes an instant flashback for folks like me. His humor, sarcasm, electronic voice and stuttering delivery brought an erratic vibe to everything he was involved in. Hearing him sing this song takes me right back to a childhood Christmas playing Super Mario Brothers in my Karate Kid-esque pajamas that oddly enough had a Ghostbusters logo on them.

“Christmas Is The Time To Say I Love You” – Billy Squier: Man, this pop-rock holiday gem from 1981 is so over the top cheesy that I can’t decide if it’s genius or just ironic. Either way it’s a guaranteed spirit lifter and it’s pretty much impossible not to sing along with a goofy grin on your face. I’ve got such a special spot for this one and I have no idea why. If you really want the full affect of this song though, you’ve got to watch the studio video from MTV’s first Christmas on the air. All 5 original VJs can be seen and the clothing and haircuts are priceless!