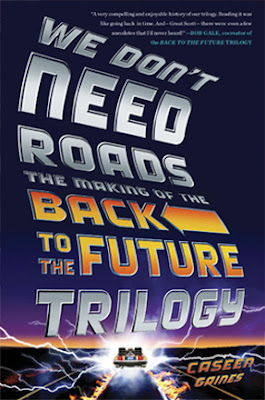 When it comes to a pop cultural touchstone as celebrated and dissected as the Back to the Future trilogy has been for the last 30 years, you might think that all of the behind-the-scenes stories and apocryphal anecdotes would have been told by now. According to We Don’t Need Roads: The Making of the Back to the Future Trilogy from author Caseen Gaines, this is nowhere near the case. While masterfully deconstructing the iconic trilogy’s filmmaking process and its lasting cultural impact – as well as looking at the property’s various offshoots (a theme park ride, an animated series, two video games, a musical, etc.) – Gaines has effectively found a way to cast new light on a franchise that wasn’t exactly in danger of dimming any time soon. Crafting a read that is equal parts educational, emotional, analytical, and – perhaps, most importantly – enjoyable, Gaines takes his audience on a journey that examines both the logistical nuts-and-bolts involved in bringing the films to life and also the enduring heart of the beloved franchise that has resonated with audiences since the first film’s release in the summer of 1985.

To accomplish his task, Gaines embarked on an exhaustive interview process that enlisted the first-person accounts of over 50 cast and crew members, including brand new original interviews with Christopher Lloyd, Lea Thompson, Huey Lewis, and “the two Bobs” – co-writer/producer Bob Gale and co-writer/director Robert Zemeckis. With the insights gleaned from these interviews, Gaines pieces together a riveting oral history that is woven together with the many-layered strands of his own perceptive narrative thread. Whether discussing the visual effects process of what goes into the on-screen portrayal of a time-traveling Delorean with animator Wes Takahashi, the three film poster’s conceptual continuity design with illustrator Drew Struzan, or the harrowing hoverboard stunt-gone-awry with stuntwoman Cheryl Wheeler, Gaines manages to outline the mechanics of everything that goes into making a major motion picture in a way that perpetually highlights the grandiose magic of movie-making, while simultaneously getting amazing peaks behind the curtain.

Along the way, Gaines adds volumes of context to well-known stories and even uncovers new ones that have previously never seen the light of day. It doesn’t matter if he’s outlining Michael J. Fox’s unbelievably tireless regimen (the young actor simultaneously filmed Family Ties during the day and the first Back to the Future film at night and on the weekends) or piecing together the multi-perspective debacle surrounding Crispin Glover’s strange impact over the entire trilogy, Gaines equally handles stories of praise and puzzlement with a balanced voice, an ingratiating wit, and a refreshing posture towards journalistic integrity. Overall, We Don’t Need Roads proves to be an engaging and informative read for new converts and devoted fan boys alike, a feat not easily achieved in today’s hyper-obsessive pop cultural landscape.

Along with We Don’t Need Roads, Gaines has also written two other critically acclaimed pop culture-based books, Inside Pee-Wee’s Playhouse: The Untold, Unauthorized, and Unpredictable Story of a Pop Phenomenon and A Christmas Story: Behind the Scenes of a Holiday Classic. With these three books, Gaines has not only touched on three of the most nostalgic nuggets of my own 1980s childhood, but he also continues to greatly contribute to the larger pop cultural conversation as to what makes for entertainment that endures long past its initial period of prominence. In a year filled to the brim with Back to the Future ephemera, We Don’t Need Roads may just be the most meaningful bit of the bunch.

You can found out more about Caseen Gaines at www.caseengaines.com 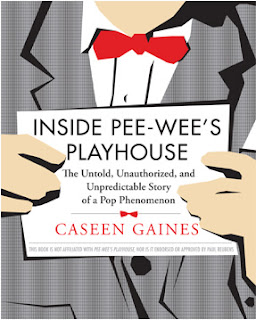 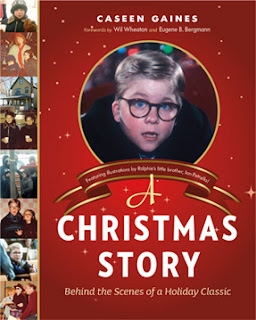