The Lord of the Rings: Original Soundtrack Reissue (Album Review) 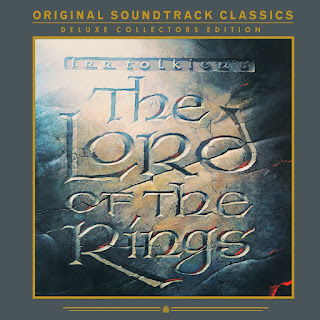 While most conversations surrounding the cinematic adaptations of J. R. R. Tolkien’s The Lord of the Rings center around director Peter Jackson’s trilogy of films from the early 2000s, it was director Ralph Bakshi’s animated film from 1978 that first took the story beyond the written word and introduced viewing audiences to the sights and sounds of Middle Earth. Along with Bakshi’s rotoscoped realism, the film’s Leonard Rosenman-composed soundtrack is one of its most magical and memorable elements.

Originally released as a double-vinyl LP in 1978, the film’s soundtrack has recently been given the reissue treatment (along with an unbelievable batch of film-related extras) from Concord Records as part of their Original Soundtrack Classics series. Alongside film score releases from Amadeus and One Flew Over the Cuckoo’s Nest, Concord’s reissue of The Lord of the Rings soundtrack has been carefully crafted with both music fans and film buffs in mind.

First, let’s talk about the music. Rosenman’s fantastical soundscapes will immediately transport listeners back to the animated adventures of Frodo and company, warmly accentuating the ups-and-downs of the Hobbit hero’s journey with his traveling companions. From the sweeping opening strains of “History of the Ring” to the bombastic blasts of “The Battle in the Mines/The Balrog” to the percussive thump of “Attack of the Orcs” to the majestic closing “The Voyage to Mordor,” all bookended by two arrangements of Rosenman’s “Theme from The Lord of the Rings,” the orchestration sounds vivid and booming in its double vinyl presentation.


However, where The Lord of the Rings reissue really shines – and where Concord Records seriously pulled out all the stops – is in the packaging and the extras. First, both vinyl records are housed in a beautiful reproduction of the original 1978 gatefold jacket. Featuring spectacular artwork on the exterior and interior panels, the gatefold presentation really provides ample space for the detailed art to truly be seen and appreciated. Additionally, there is also a 16-page booklet of liner notes that features animation stills, behind-the-scenes photos, and a new Jon Burlingame-penned essay contextualizing Rosenman’s impact on music for film and television.

There is also a wealth of extra items that come with reissue, including a gorgeously huge 24” x 36” theatrical poster and a lobby card (both from the original marketing material from 1978), as well as reproductions of three items that were previously only available to Tolkien Fan Club members in the 1970-80s: a handsomely detailed map of Middle Earth, an animation cell featuring Frodo and Gandalf, and a gold sticker featuring the film’s stylized logo. All of these pieces are securely held in a sturdy box that protects the vinyl and the extras, while looking absolutely stunning (and really commanding it’s own space) within your vinyl collection.

With the beautiful replications, amazing attention to detail, and treasure trove of extras included on this reissue, this collection is seriously a treat for any fans of the film or of Tolkien’s work in general. I’m really looking forward to hearing what Concord will announce as their next batch of Original Soundtrack Classics early next year. If it’s anything like this treasure trove, you can bet you’ll be hearing about it from me. 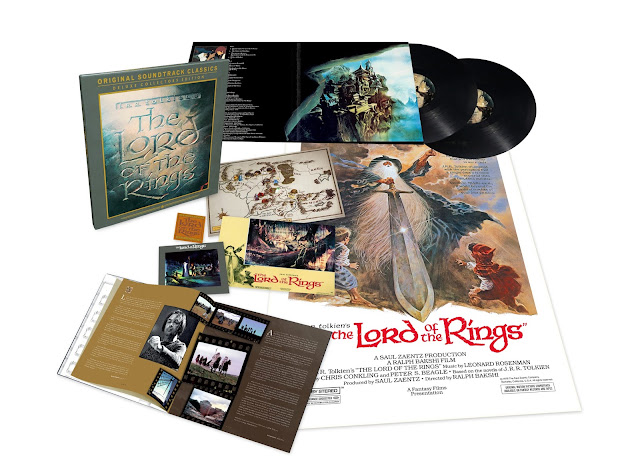