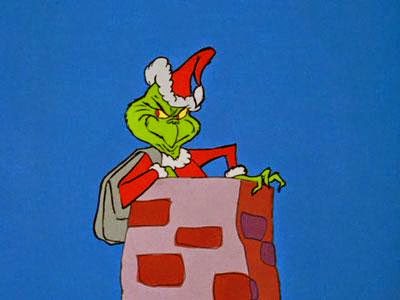 For all the classic, engrained-in-our-upbringing holiday television specials of yesteryear (i.e., before the 80’s), not many of them contain an actual villain. Sure, Hermey and Rudolph had to watch out for the Abominable Snow Monster and Frosty was always looking over his shoulder for the sun. But for the most part, everywhere was pretty peachy keen in Christmas cartoonland. Everywhere that is, except Whoville!

How The Grinch Stole Christmas! was always fascinating to me as a kid because of the dread and terror from the Grinch that balanced out all the syrupy sweetness of the Whos. I mean the guy has yellow eyes and has termites running through his teeth! It’s no surprise that everything ends well for all parties involved, but the first two-thirds of the story is a one-man maniacal reign of terror that keeps me coming back year after year. Eventhough Dr. Suess wrote How The Grinch Stole Christmas! all the way back in 1957 and the televised special came out in 1966, the Grinch still seems as popular as ever. I believe it's because to be truly memorable, a villain needs a really good theme song and “You’re A Mean One, Mr. Grinch” fits the bill perfectly. The song was originally sung in the animated special, not by the narrator Boris Karloff as many believe, but by the equally gravelly-throated and equally devilishly-named Thurl Ravenscroft. It’s a 6-verse, no chorus, occasional speaking part romp of stink, stank, stunk goodness.

Throughout the years, everyone from Mojo Nixon to RuPaul has tried their hand at covering “You’re A Mean One, Mr. Grinch” to varying degrees of success. Some really rock and some are pretty ho-hum, but here are a few of my most favorite versions:


"You're A Mean One, Mr. Grinch" - Sixpence None The Richer