B-sides the '90s is a recurring feature that highlights some of my favorite songs, covers, and live tracks that are hidden away on the b-side of a vinyl/CD single from the '90s.

This installment of B-Sides the '90s is a bit themed-based as it tackles some of my favorite classic country covers from some of my favorite alternative bands of the pre-millenial decade we remember so fondly. While that combination may bring to mind some great examples of covers found on full proper albums or ones recorded specifically for soundtracks, these four standouts quietly made their presence known on the flipside of a single instead. Blending the classic country of the 50s-60s with the guitar-fueled detachment of the 90s provided for some really great musical moments. So, yee-haw or whatever. 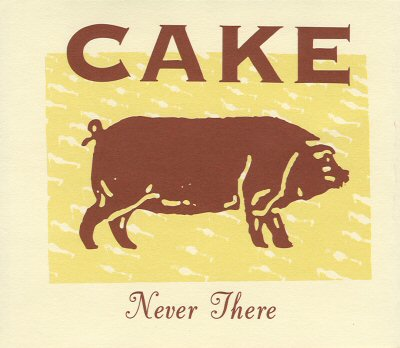 “Half as Much” by Cake (1998): Whether it be Barry White, Black Sabbath, or Willie Nelson, Cake has always been a band that has been inventive and playful with their cover choices. One of the highwater marks in this tradition can be found on their single for “Never There” from 1998’s Prolonging the Magic. While “Never There” became their first #1 single, brought the band to a place of larger cultural awareness, and even showed up in episodes of Daria and Friends, it was their fun cover of “Half as Much” that made the single worth picking up for me. “Half as Much” was written by Curley Williams in 1951 and both Rosemary Clooney and Hank Williams cut versions of it that hit the #1 and #2 spots of their respective charts the very next year. Cake’s version is far more energetic and snappy than either of those versions, but the Cajun-flavored, honky-tonk inspiration seems to be pulled a bit more from Williams’ version than Clooney’s. However, as their previous album Fashion Nugget featured covers of songs made popular by both Doris Day (“Perhaps, Perhaps, Perhaps”) and Willie Nelson (“Sad Songs and Waltzes”), maybe it was a 50/50 split. You could also say the inspiration was “half as much” from each of them… Sorry, I’ll show myself out. 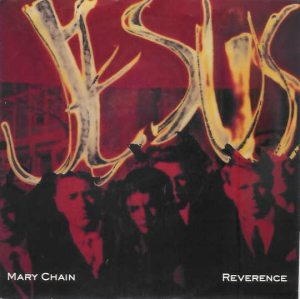 “Guitarman” by The Jesus and Mary Chain (1992): There’s just something fun about hearing the very Scottish Jim Reid singing lines like “I bought me a ride down to Macon, Georgia on an overloaded poultry truck” and pronouncing words like “gee-tar” on The Jesus and Mary Chain’s cover of “Guitar Man” (or “Guitarman” as they combined it to be). Originally written in 1967 by Jerry Reed, “Guitar Man” is mostly known by the Elvis Presley cover released in 1968. When The Jesus and Mary Chain released Honey’s Dead in 1992, they decided on the industrial-grooved “Reverence” as the first single to help show – if the album title wasn’t enough of a clue – that they were headed in a slightly different sonic direction from their previous sound found on songs like “Just Like Honey” (implicated in the title Honey’s Dead). Their cover of “Guitarman” can be found in two formats of the “Reverence” single: as the fourth track B-side of the 12” vinyl or the (highly recommended) 5-song CD single that also includes some pretty interesting remixes of “Reverence” by Ministry’s Al Jourgensen and famed producer Mark Stent. As a trivial side note, the closing “He was a degenerate’s degenerate” line is from a 1966 film called Harper and is spoken by Janet Leigh – best known as Marion Crane from Hitchcock’s Psycho. It’s possibly a tongue-in-check reference to Psychocandy as another self-deprecating swipe at their earlier work. 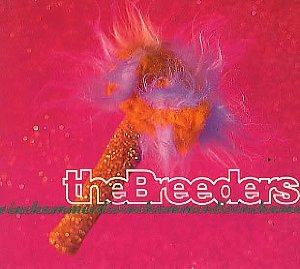 “I Can’t Help It (If I’m Still In Love With You)” by The Breeders (1993): 1993 was an explosive year for me musically and The Breeders had a lot to do with it. The video for “Cannonball” hit MTV a month or so before Last Splash was released and I was immediately hooked on the sound, the charisma, and – let’s face it – the downright untouchable cool of the Deal sisters. While I knew Kim from the Pixies, The Breeders felt like a totally separate – and totally personal – thing for me. The wacky video for “Cannonball” enticed me to buy the CD single and I was enamored with it’s 90s simplified-and-absurdist artwork (a pink fur covered helmet on a monochromatic orangey-yellow background) and it’s fuzzed-out cover of Aerosmith’s “Lord of the Thighs” as its b-side. However, it was their second single that was released just a month or two after Last Splash came out that hooked me the most. While “Divine Hammer” didn’t make the same impact on radio and MTV as “Cannonball” did, I loved the song and loved the physical single even more. Once again the aesthetic of the artwork (this time a stylized hammer on a monochromatic hot pink background) and an excellent cover song (“I Can’t Help It (If I’m Still In Love With You)” by Hank Williams) made it a prized piece of my CD singles collection. The fact that Dinosaur Jr’s J Mascis makes an appearance on another of the “Divine Hammer” b-sides – “Do You Love Me Now Jr?” – makes it all the more 90s-tastic and worth seeking out. 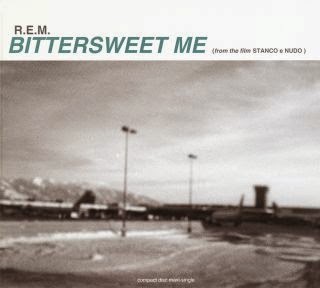 “Wichita Lineman” by R.E.M. (1996): R.E.M. is another one of my all-time favorite bands who just so happens to know a thing or two about making memorable cover songs. While I admit it took my Monster-obsessed brain quite a while to actually get into New Adventures in Hi-Fi, I had no problem immediately gravitating towards its single releases. The first single was “E-Bow the Letter” and it contained both one of my favorite R.E.M. instrumentals (“Tricycle”) and one of my most-listened-to covers of theirs (Richard Thompson’s “Wall of Death”). However, in the same fashion as “Divine Hammer” and The Breeders, the second single seemed to stick with me in a stronger, different way. Not only did I like “Bittersweet Me” a bit more than “E-Bow the Letter” as songs, but the b-sides highlighted a different side of the band for me as well. Their organ-led cover of “Wichita Lineman” recorded live at a soundcheck in Houston during their Monster tour seemed to exist in a new sonic space I hadn’t realized they could inhabit. It brings to mind the run-down, seedier side of the glitzy, rhinestoned country of the late 60s/early 70s era during which the song originated. “Wichita Lineman” was written by legendary songsmith Jimmy Webb in 1968 and Glen Campbell’s version went to #1 in the U.S. and Canada the same year. For me, R.E.M.’s version has always had this beautifully gritty sheen to it and the melancholic musical take matches the alienation and isolation of the lyrics perfectly. I always imagine it playing from the half-lit jukebox of a run-down truckstop diner every time I hear it.