B-sides the '90s: Veruca Salt, The Smashing Pumpkins, and Oasis

B-sides the '90s is a recurring feature that highlights some of my favorite songs, covers, and live tracks that are hidden away on the b-side of a vinyl/CD single from the '90s. 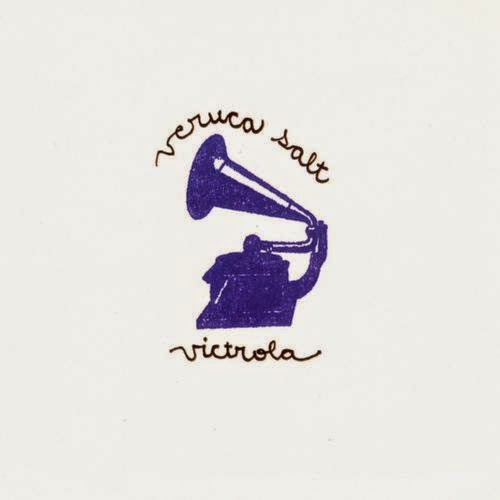 “My Sharona” by Veruca Salt (1995) - In the fall of 1994, you couldn’t turn on the radio for very long without hearing a song or two from Veruca Salt’s debut album American Thighs. “Seether” and “All Hail Me” got the most airplay, but it was “Victrola,” the fourth single released that next summer, that I ended up getting hooked on. When I bought the single, I was pleasantly surprised to find a wonderfully sludgy cover of The Knack’s 1979 hit “My Sharona” as the b-side. Being familiar with the iconic guitar riff and energetic vibe of the original, I loved the way Veruca Salt altered the riff, slowed down the tempo and went for the disenchanted vocal delivery. The level of detached nineties-ness in Nina and Louise’s closing “whoo” of each chorus creates a perfect foil – both in emphasis and attitude - against the overblown excitement of the The Knack’s original. Plus, the passively indifferent and slightly atonal guitar solo sounds pretty amazing. As prevalent as the influence of the ‘70s was in a lot of ‘90s music, I loved when it was dismantled and reconstructed like this. Everybody knows the original, so it speaks well for Veruca Salt that they managed to make their cover so unique and different. 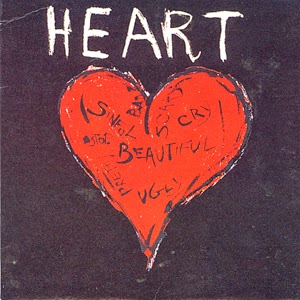 “Dancing in the Moonlight” by The Smashing Pumpkins (1994) - While The Smashing Pumpkins were mostly known for their heavily-effected and multi-layered dual electric guitar onslaught, Billy Corgan’s impassioned vocals allowed for their acoustic moments to really hang heavy with emotion and gravitas. “Disarm” is one of the most moving songs from Siamese Dream and its accompanying black-and-white video was MTV gold. The song was so popular and so special to Pumpkins fans that there ended up being two different singles released for “Disarm”. The first one – the “smile” cover art – featured a demo of “Soothe” and James Iha’s “Blew Away” as the b-sides. However, the second one – the “heart” cover art – is my favorite of the two as it contains two killer ‘70s covers: Fleetwood Mac’s “Landslide” and Thin Lizzy’s “Dancing in the Moonlight.” Mirroring the acoustic vibe of “Disarm,” both covers are laid-back versions of their original, with “Dancing in the Moonlight” getting the biggest aural overhaul. Corgan’s voice is in top form as he smoothly slides through the chorus lyrics and the note he hits on the very last “ni-ight” is pure Pumpkins bliss. It’s also cool to hear the usually bombastic Jimmy Chamberlain maintain the reserved groove that lets the song wander and meander along in contrast to its raucous original.

"Dancing in the Moonlight" - The Smashing Pumpkins ("Disarm" single) 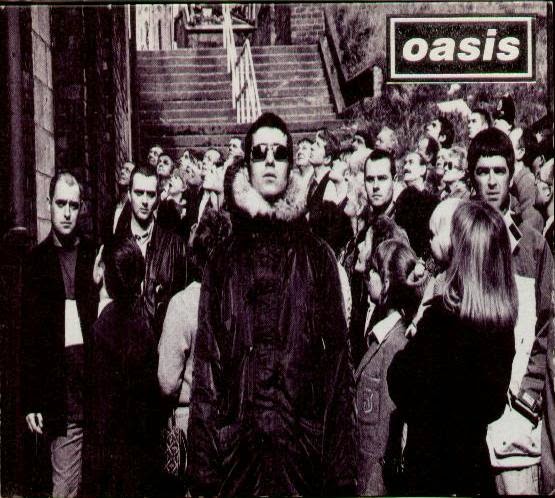 “Heroes” by Oasis (1997) - Oasis’ (What’s the Story) Morning Glory was one of the defining albums of my sophomore year, but their follow-up Be Here Now – while still a great album - wasn’t quite the same monster. However, you’d never know it by the pre-release buzz. A month before the album came out, “D’You Know What I Mean?” – in all its seven-plus minute glory - was released as the lead single. In grand Oasis fashion, it was ballsy, indulgent, and thumbed its nose at any sort of “radio-friendly” convention. I loved every minute of it and purchased the single the day it was released. While I was fully prepared to just crank the lead track until the full album came out, I was more than pleasantly surprised to find a cover of David Bowie’s “Heroes” as one of the additional CD b-sides. Although it’s certainly not an attempt at reinventing the wheel, Noel Gallagher really shines through in his arena-huge guitar tones and his borrowing of the lead vocal spotlight from his brother, Liam. This Bowie cover proved fairly popular with the alternative crowd as The Wallflowers cut a version for the Godzilla soundtrack the very next year and Garbage was known to cover it live as well.