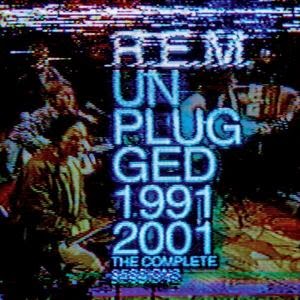 In 1991, just two years into the MTV Unplugged series, a little college rock phenomenon from Athens, GA was riding the ever-growing wave of their very first #1 album. R.E.M. had released Out of Time earlier in the year and the stripped-down acoustic performance format of MTV Unplugged seemed perfectly suited for the new folksier, country-tinged sound they had begun to experiment with. The first single from Out of Time was “Losing My Religion” and the mandolin-led juggernaut had become their biggest hit on the back of extensive radio airplay and its iconic accompanying music video. But in a surprising move, R.E.M. decided not to tour behind Out of Time.

MTV Unplugged had not yet achieved the level of fame it would garner in just a short year or two with shows from Mariah Carey, Eric Clapton, 10,000 Maniacs, and Nirvana, the opportunity was perfect for R.E.M. to display their new sound and their new songs in a (relatively) new setting. What followed was nothing short of the televised maturation of a band endearing themselves further to their current fans and gaining new ones with every song they played. Any worries of them not touring was seemingly put to rest as R.E.M. performed their songs on their own terms on one of the biggest stages available to them.

However, when you look at the list of MTV Unplugged shows that have gotten physical releases, it’s pretty surprising that R.E.M. – the only band to headline MTV Unplugged twice – has never had either one of their performances released in full. Sure, a few of the tracks have been released individually on various compilations over the years, but there has never been any legitimate way of getting either one of the complete shows. However, thanks to the band and Rhino Records, that has all changed with the release of Unplugged: The Complete 1991 and 2001 Sessions.

Unplugged: The Complete 1991 and 2001 Sessions shows R.E.M. at two decidedly different, but equally important, stages of their career. The 1991 show is marked by goofy smiles and the “happy to be here” vibe that contrasts interestingly with the amazing songwriting craftsmanship, while the 2001 show is a testament to the band’s ability to continually evolve after the departure of original drummer Bill Berry, who left the band in 1997. Not only does this album showcase both of those performances, there are a total of 11 new tracks included that were never in the original broadcasts. With a whopping 33 songs between the two shows, Unplugged: The Complete 1991 and 2001 Sessions captures two very important chapters in the band’s illustrious story.

The 1991 show appropriately opens to thunderous applause and a folksy “howdy” from frontman Michael Stipe. Alternating between new songs from Out of Time (“Half A World Away,” “Radio Song,” “Low,” “Belong,” “Endgame”) and older songs from their earlier albums (“Disturbance at the Heron House,” “Perfect Circle,” “Fall on Me,” “Pop Song 89,” “Swan Song H,” “Rotary 11,” “Get Up,” “World Leader Pretend”), R.E.M. showed the impressive sonic roadmap that had gotten them to that point. However, it is the middle trio of songs – a cover of The Troggs’ “Love Is All Around” (featuring bassist Mike Mills on lead vocals), a playful run-through of “It’s the End of the World as We Know It (And I Feel Fine),” and their newest hit “Losing My Religion” – that most eloquently snapshots R.E.M. at that point in their career.


Get More: R.E.M., It's The End Of The World As We Know It (Unplugged), Music, More Music Videos


The 2001 show features a different R.E.M. who was 20 years down the line from its debut EP Chronic Town and now functioning with only three original members. Their last two albums, 1998’s Up and 2001’s Reveal, received volatile reviews of varying degrees of critique and praise, but there was no denying that the same spirit of aural adventure and originality was still strong within the band. Just as with the 1991 show, the 2001 show opens with a new song from their most recent album, “All the Way to Reno (You’re Gonna Be A Star).” Instead of being a pretty even mix of old and new songs though, R.E.M. decided to play seven career-spanning back catalog songs before returning to Reveal with “Imitation of Life.” They then played “Find the River” from 1992’s Automatic for the People and fan-favorite “The One I Love” from 1987’s Document before closing out with a foursome of Reveal tracks – “Disappear,” “Beat A Drum,” “I’ve Been High,” and “I’ll Take the Rain” – and a dour “Sad Professor” from 1998’s Up.

In the decade between the two performances, much had transpired within the band and across the mainstream musical landscape as a whole. However, as Unplugged: The Complete 1991 and 2001 Sessions clearly shows, R.E.M. managed to remain R.E.M., while never having to remain the same.
Posted by Will Hodge at 9:20 PM