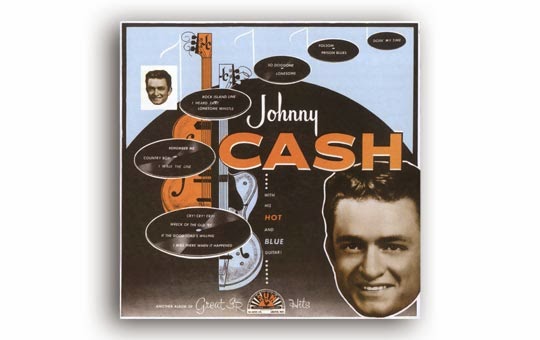 Record Store Day’s seventh annual celebration of independent record stores takes place Saturday (April 19) and, once again, the event will be commemorated in style.
Hundreds of unique, limited edition vinyl releases have been thought up, pressed up and will be snatched up by music fans and vinyl enthusiasts alike. Whether it’s a brand new offering or a reissue that has been out-of-print for decades, Record Store Day has a little something for everyone.
While some may question the validity of vinyl in a digital delivery world, the numbers tell a different story. Last year marked the sixth year in a row that vinyl sales topped their previous highest totals — with a 32 percent increase from 2012 to 2013 alone. For a visual depiction of the boom, look no further than this weekend when consumers around the globe will be waiting in line before their stores even open.
While Record Store Day releases are available for a variety of tastes and preferences, here are 10 classic country offerings CMT Edge readers might like to pick up from their local record store.
Johnny Cash, With His Hot and Blue Guitar
This is Cash’s debut full-length album from 1957, originally released two years after he recorded his very first single for Sun Records. Not only was it Cash’s first LP, it was the first LP for Sun Records, as well, as they had previously only released singles. This historic album is being reissued on title-appropriate blue vinyl.
Steve Earle, Townes: The Basics
Earle recorded the Grammy-award winning Townes in 2009 as a tribute to his mentor, legendary singer-songwriter Townes Van Zandt. Townes: The Basicsfeatures Earle’s original guitar/vocal only performances. This is the first time Earle’s solo versions of these songs have been made available on vinyl.
Ramblin’ Jack Elliot, Jack Elliott
Folk troubadour Ramblin’ Jack Elliott first released this album in 1964, his first for Vanguard Records. The track listing for Jack Elliott features a mix of traditional songs, covers and originals, but the album is also notable for featuring a young Bob Dylan on harmonica.
The Everly Brothers, Songs Our Daddy Taught Us
With the passing of Phil Everly earlier this year, this rousing release has become a bit more poignant. Originally released in 1958, Songs Our Daddy Taught Us was the Everly Brothers’ second full-length album. Last year, this album was covered in its entirety by Norah Jones and Green Day’s Billie Joe Armstrong and released asForeverly.
Wanda Jackson, Windy City Redux
The 7-inch single from the Queen of Rockabilly features a live recording of a longtime fan favorite, “Funnel of Love,” along with her more recent hit “Shakin’ All Over” on the flipside. These tracks were plucked from one of her 2012 concerts where she was backed by a rowdy band and an equally rambunctious horn section. This single was mixed and produced by Shooter Jennings and is pressed on snow-white wax.
Waylon Jennings/Sanford Clark, “My Baby Walks All Over Me”/“It’s Nothing to Me”
This split 7-inch single is the inaugural edition in a series of releases celebrating the famed Audio Recorders studio in Phoenix. Available for the first time on vinyl since their initial Ramco Records pressings in 1967 are country legend Waylon Jennings doing “My Baby Walks All Over Me” and Rockabilly Hall of Fame member Sanford Clark performing “It’s Nothing to Me.” There will only be 500 copies of this rare release available, and it will be pressed on gold vinyl.
Gram Parsons, 180 Gram: Alternate Takes From GP and Grievous Angel
Enigmatic country-rock icon Gram Parsons only put out two solo albums (one of which was released posthumously), and alternate versions of the songs from both recording sessions are presented on this double-LP release. Although his tragic death at 26 cut short the opportunity to hear more of his self-described “cosmic American music,” releases like this at least allow listeners a chance to hear his songs in a different context than their original album versions.
Dolly Parton, “Blue Smoke”/“Home”
In advance of the May 20 release of her new album Blue Smoke (her stunning 42nd studio album overall), Parton is releasing this 7-inch single showcasing the title track with “Home” occupying the B-side. While the full album will feature Parton doing covers of Bob Dylan and Bon Jovi, as well as duets with Willie Nelson andKenny Rogers, these two self-penned originals certainly hold their own as a standalone release. Playing off the new album and lead single title, this record will be pressed on smoky blue vinyl.
Doc Watson, Southbound
The bluegrass aficionado and guitarist extraordinaire first released Southbound in 1966. Although it was only the second studio album to be released under his name alone, Watson had already made a name for himself as an inspired interpreter of traditional folk standards. However, with Southbound, Watson finally started coming into his own as a songwriter, as well. Mimicking the original album aesthetics, this release is being faithfully reissued in “exact replica” packaging.
Hank Williams, The Garden Spot Programs, 1950 — Extended Play
What some consider the pièce de résistance of this year’s Record Store Day releases, this 10-inch EP features eight previously-unreleased tracks from Williams’ stint on various Garden Spot radio shows in 1950. The first, last and only time these performances were heard was 64 years ago on Texas regional radio. The recovery of these lost recordings allows for a unique look at the legend playing both host and performer, giving equal vigor to their jingles and his singles. This extraordinary release is pressed on gorgeous brown vinyl.
To find out more about these releases and to make your own game plan for this weekend, you can browse through all of the Record Store Day releases and find a list of participating record stores at the Record Store Day website.