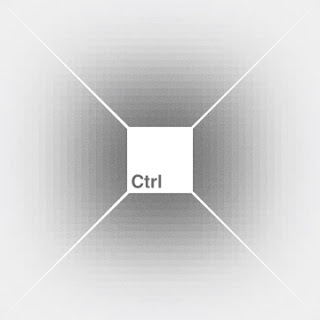 Word Association: ...unlike all the rest.

Thoughts: Ctrl is like a soundtrack to a fictional narrative. I thought it sounded like a completely fascinating way to make an album. I gave myself the parameters of a story that I had to tell through that narrative. I wanted to pull you through that story with songs based on a character that was not me. It’s about a complicated subject matter and it’s told in a complex way. So it’s not a very accessible album. It’s an abstract, dense, cumbersome piece of work (laughs).

Inspirations/Influences: I wrote a story about culture’s tenuous relationship with technology; a metaphor for that idea. The way that everybody is staring into little screens and no one looks at each other or their children or anything anymore. This has become our worldview. Make no mistake, this is the thing by which we are looking at the world. We demonstrate all the symptoms of addiction with our technology. We can’t put it down and we’re not really counting the costs of the way we’re using technology right now.

This is kind of a moment where I think there’s still time for us to put guardrails around the technology and have places in our lives where technology isn’t allowed. That just seemed really important to me as a confessed technology addict.

Josh and I had been touring Stockholm Syndrome and we had both gotten fascinated with this idea of the singularity. We were staying up all night watching videos and reading Ray Kurzweil. These ideas and technological prophecies of what could happen on the other side of this moment that arguable really will happen when computer processors get to a certain level of speed and power that they will be capable of things that we’ve really never imagined. People will say that’s mumbo jumbo, but the iPhone would’ve sounded like something out of Star Trek before it came out. Everything sounds crazy until it doesn’t sound crazy because it’s become part of your everyday life. And it happens overnight.

Production Notes: Ctrl is easily my most ambitious album. It took me two years to conceptualize it and record it. It involved an ancillary album that tells part of the story as a second thing. It was a huge undertaking and completely indulgent. It was exactly what I wanted to make and it came out exactly the way I had hoped it would. Although, it’s easily my least commercial release (laughs).

It’s almost a testament to the subject matter itself that it requires such a commitment to engage with it. There’s just a little, tiny door on the front of that thing and very few people are going to squeeze through it. It’s not a record that will allow you to enjoy it or understand it unless you go all the way with it and give yourself completely to it. There’s so little attention currency available and there’s such a high premium on it.

I learned more making Ctrl than with anything else I’ve ever done. I pushed through boundaries that had existed for me for 20 years as a creative person. The amount of songs I had to write, the limited time in which I had to write and record them all, the way they all had to interact with each other; it was such a hard thing to make. Which is part of why I wanted to make it. It was the most challenging and the most rewarding thing I’ve ever done creatively.

Every record I will make going forward will benefit from my having made Ctrl.

I worked with Josh again and early on I started writing the short story, constructing it as a narrative. I knew it was going to be three acts and wanted to keep simplifying the story where I could tell it without every individual song having the burden of communicating complex plot points. I needed the songs to be about moments of emotion. It was a real jigsaw puzzle. And then there’s Sola-Mi (laughs). It took everything I knew and everything I had learned up until that point to do all that.

Mixtape: “I Feel Everything” is a good thesis. It says so much about why that record is important. It’s the character’s last clear moment before death after he’s gotten everything he thought he wanted.

As an additional bonus, here's a NoiseTrade exclusive - the complete, all acoustic version of Ctrl:


A variety of cool pre-order packages for I Was Wrong, I’m Sorry & I Love You (including immediate digital download) are available HERE.
Posted by Will Hodge at 11:12 AM