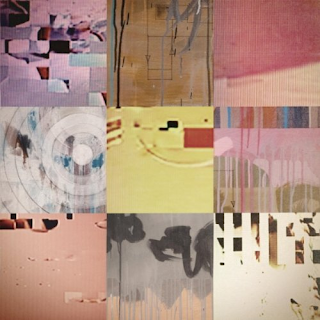 Thoughts: Feedback is more of a boutique record. I saw it as more of a stop-gap. Meaning, I wasn’t ready to make a new record yet, but I had this idea of something I wanted to do and wanted to try. I never saw it as a “major” release. It was almost like The House Show was or something like that.

Inspirations/Influences: Feedback is a super abstract piece of work. It’s instrumental, classically composed, electronic and it’s based on The Lord’s Prayer. I’m really glad I did it. I learned a tremendous amount doing it.

Feedback was the first record that was kind of the product of a new creative process that I had come up with for myself. Everything before that was imagining the thing I wanted to make, imagining it almost finished and then trying to plot my way there. I would start with the end product and the record was the journey of me trying to get to the thing I had imagined back on day one. But you never quite get there. So the album winds up being the results of all the compromises you made on your way to trying to get somewhere. Somewhere a little after Stockholm Syndrome, I decided that I was going to stop coming up with the final product first. I decided to not even think about the final product and have no consideration for what I’m making while I’m making it. I decided to just make choices about what I could control… who I want to hang out with, what I want to learn, how I want to spend my time in these five or six months of my life spent making this record.

By the time we were done, I wasn’t sure if the thing we had made was anything anyone would want to listen to. I don’t know if it’s marketable or commercial on any level. I don’t know if it’ll be interesting to anybody other than the few of us who made it. Sandra helped me compose some of the songs and Josh mixed it, but maybe it was just for me. I was okay with that. If I was that engaged with it and enjoyed making it so much, then the thing I wind up making is kind of secondary. Because the product is the thing I’m going to spend the least amount of time with. I spent all of my time making it and the process was amazing.

I knew I wanted to study The Lord’s Prayer. It’s a fundamental part of my spirituality that I didn’t know a lot about. There was a point at which Jesus gave us a model for how to pray. Prayer is mystical and it’s a part of the way I look at the world and it’s a part of my practice as a Christian person. So it seems important when Jesus says "here is the structure by which you can know how to talk to God." It’s a huge thing and I wanted to study that. So I spent six months before I ever recorded a note just studying The Lord’s Prayer. Then I started to study instrumental music and I started working on some new instruments.

By then, I was fully in my new studio space. I had pages and pages of notes on every single line of The Lord’s Prayer and I decided to write a song for every line. I wanted to represent the content of each line with only melodic and rhythmic elements. In the first two weeks of the recording process, I remember just coming out to the studio and staring at the speakers thinking today is “Thy will be done” and I’ve got three pages of notes on just this line and how do I make that come out of the speakers with no words. I just can’t tell you what a brain trip that whole thing was. It was some of the hardest creative work I have ever done in my life.

I commissioned my buddy Jeremy Cowart to take some abstract photos and my buddy Scott Erickson to do some paintings. I had them listen to the music, meditate on the particular lines and make a piece of art for me for each line. We included the pictures and the artwork in the packaging and I envisioned listeners spreading them all out in front of them while they listened. I feel like everything is so rigid and structured in a lot of churches. There are not a lot of abstract moments in our big, corporate, collective worship services where someone says “I’m going to give you a little bit of intention in terms of what to meditate on and then I’m just going to let the Spirit do whatever He’s going to do.” So for me it was like, all you’ve got to think about for the next four minutes is “Hallowed be Thy name.” Here’s an image, here’s an abstraction, but none of this is going to tell you what it means or what you’re supposed to think about it. We infused the music with a lot of symbolism, even down to the BPMs of those tracks and the rhythm of the melodies. You can actually sing the line to the primary melody of every one of those songs. There’s numerology in the intervals between the notes. I was looking for anything non-lyrical I could use to get it across. But you don’t need to know any of that while you’re just thinking about that one line and clearing your head. When do we ever get to do that in the church? We need those mystical, abstract moments where the Spirit can do what He wants do. I think we need more instrumental, unstructured music to provide those moments and that’s what I was trying to make. It was just a big, super abstract art project for me.


Mixtape: I think “Your Kingdom Come” is a good stand-alone. It gives you the feel of the album and the energy of it.


A variety of cool pre-order packages for I Was Wrong, I’m Sorry & I Love You (including immediate digital download) are available HERE.
Posted by Will Hodge at 12:38 AM