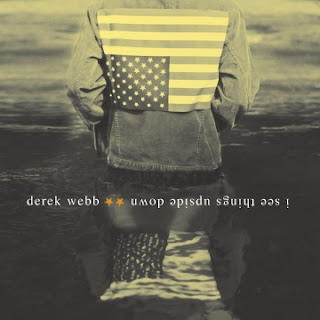 Word Association: That record, to me, was the “experimental” record.

Thoughts: I had done She Must and Shall Go Free, I had experienced my first year as a solo artist, I did the record that I felt would’ve been my last contribution to Caedmon’s and I didn’t think that country/folk/rock sound was “my thing”… like the thing I loved the most. It was the thing I liked the most at that moment. I didn’t feel like that was where I was going to settle. So I was thinking “what is my sound?” I went into Caedmon’s right out of high school, so I had never thought about my musical identity as an artist apart from this collective situation that I was in. So I was trying to figure that out still.

Inspirations/Influences: I was really getting into bands like Wilco and I was really being influenced by the more experimental seasons of bands like U2 and The Beatles where you could watch bands dismantle their sound. I was really wanting to do that. I don’t think I found “my sound” on this record, but I was able to dismantle everything I had done up to that point. There are elements of those things that I liked, but it’s a real hodgepodge.

There was still some residual content, as far as being church focused, but I wouldn’t call that a record about or for the church necessarily. I was starting to write some love songs and some relationships songs again, like "Reputation." Even though it was my only second record, I had no problem saying “I have no problem confounding my core audience and doing something that’s the opposite of what they expect.” All the bands that I love and wish to emulate are all that way. U2 doesn’t seem to give a crap about their audience, in a good way. They’re indulgent, which great artists should be. If you trust an artist, you should want to hear their instincts unfettered. You don’t want them considering you and your preferences or radio and radio’s preferences or the label and the label’s preferences. You want them to do what they think is awesome.

That album was a good moment for me to be able to dismantle everyone's expectations as far as what I'm doing and who I am musically. Not a lot of people have this one. I feel like, in the grand scheme of things, a lot of people skipped that one. It was a weirder record. That was me needing early on to say, "I'm not going to follow or chase success." I did that for 10 years in this other band and it kind of ruined a lot of the things about what we loved.

Production Notes: Cason Cooley had been a friend of mine for a long time and he was getting into recording and I was just getting into recording. I had a little Pro Tools rig on my laptop and we did some basic tracks (bass and drums) at a studio and then took it to my house and did everything else; vocals, guitars, piano. That's how I cut my costs down. This is when I was learning to treat my career as a business. I was thinking if I’ve got to pay for this, I’ve got to figure out how to spend less on it.

So rather than producing with several guys, it’s just me and one other guy. I’m getting a little more confident and he and I are just having fun. We wanted to completely get ridiculous. I’ve got this old wind-up clock in my house from when I was growing up that my parents had given me and there was this point at 2 in the morning where we put mics on the clock and are winding it up. We used it on the opening track of the album (“I Want A Broken Heart”). There’s another track called “Ballad In Plain Red” were we put mics on a big marimba and I just took the stick side of the mallets and was just sweeping up and down the marimba, no melody or anything. It was like “let’s put mics on everything!”

We recorded the bass and drums at Paul Moak's Smoakstack studio, then I recorded a bunch of stuff with Cason at my house, and then I took it back to the Smoakstack and spent three or four days with Paul putting electric guitars and atmospherics on stuff. The speaking part on the opening track was one of these little vinyl records of Bible stories that Paul had as a kid. He was in the process of finding them again on eBay and when he was showing them to me, I was like "Dude, that is the coolest thing. Let's put a mic on it" (laughs). Those were some of the last layers that went on it.


Mixtape: “I Want A Broken Heart” – It represents the sound of the record and the lyrics are a little more abstract and poetic. It’s one of the few songs from my second record that I’ll think to play, like without it being requested. I still play that song a lot.


A variety of cool pre-order packages for I Was Wrong, I’m Sorry & I Love You (including immediate digital download) are available HERE.
Posted by Will Hodge at 7:23 AM