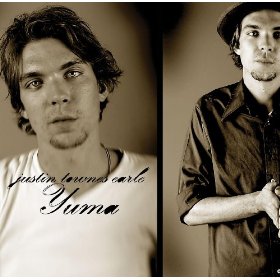 (Here's a Record Store Day piece I recently wrote for CMT Edge.)
With more than 200 unique, limited-edition releases, Record Store Day 2013 promises another stellar bounty of albums, singles and boxed sets. While there are CDs, DVDs and even a few books scattered in the mix this year, the heft of the offerings are gorgeous, high-quality vinyl records.
While Record Store Day covers every genre imaginable, here are 12 releases CMT Edge readers might enjoy picking up from their local record store on Saturday (April 20).
Chet Atkins, Black Jack
This seven-inch EP features four previously unreleased songs from the Country Gentleman himself. Songs include “Midnight,” “Boo Boo Stick Beat,” “Blackjack” and “Blue Moon of Kentucky” pressed on rich red wax.
The Avett Brothers and Randy Travis, Music From CMT Crossroads
Culled from their CMT Crossroads episode last November, this seven-inch single features both acts performing the Avetts’ “February Seven” and Travis’ “Three Wooden Crosses.”
Elizabeth Cook and Jason Isbell, “Tecumseh Valley”
After successfully covering two Townes Van Zandt songs on The Late Show With David Letterman last summer, Cook and Isbell went into the studio to recreate the magic. You’ll hear it was mission accomplished on this seven-inch single featuring “Tecumseh Valley” on the A side and “Pancho and Lefty” on the B side.
Justin Townes Earle, Yuma
Earle’s stunning debut from 2007 is now available on vinyl for the very first time. This 10-inch EP is pressed on gorgeous opaque gold wax and features the original track listing of “The Ghost of Virginia,” “You Can’t Leave,” “Yuma,” “I Don’t Care,” “Let the Waters Rise” and “A Desolate Angels Blues.”
Patty Griffin, “Ohio”
With her new album American Kid coming out on May 7, singer-songwriter Griffin is releasing a special seven-inch single for lead track “Ohio.” It’s pressed on heavyweight black vinyl and hand-numbered, as only 500 were made. Plus, Griffin has signed 25 of them. This rare release will be housed in an all-white, stamped promo sleeve.
JD McPherson, “Fire Bug”
Following last year’s release of the album Signs and Signifiers, rockabilly upstart JD McPherson is putting out a seven-inch single pressed on red vinyl with “Fire Bug” and “A Gentle Awakening.”
Tift Merritt, Markings
As one of Record Store Day’s most intricately hand-crafted pieces, this four-song, 12-inch EP is pressed on translucent red wax and housed in a cross-stitched/embroidered album cover. Only 300 of these beauties were made. It features an unreleased track, a live track and two acoustic tracks from last year’s album, Traveling Alone.
Mumford & Sons, Live From Bull Moose
This 10-inch EP features four songs played live at a Mumford & Sons in-store event last August at Bull Moose Records in Scarborough, Maine. Songs include “I Will Wait,” “Ghosts That We Knew,” “Where Are You Now” and “Awake My Soul.” This release will also be available on CD.
Willie Nelson, Crazy: The Demo Sessions
This 12-inch full-length album features some of Nelson’s first Nashville recordings circa 1960-1966. These raw and rough demos were merely used to pitch songs to other artists and were never meant for proper release. However, looking back on his illustrious and storied career, these early nuggets highlight the seeds of his songwriting talent and his one-of-a-kind croon.
Old 97’s and Waylon Jennings, Old 97’s and Waylon Jennings
Back in 1996, Waylon Jennings went into the studio with Old 97’s and cut two songs with them that have never been released before now. This fascinating double seven-inch release features the collaborations “Iron Road” and “The Other Shoe” on one seven-inch and the Old 97’s demos of “Visiting Hours” and “Fireflies (Take 2)” from 1996 on the other seven-inch. Both discs were pressed on brilliant yellow vinyl and the extraordinary cover artwork was done by Jon Langford.
Gram Parsons, Gram Parsons & the Fallen Angels — Live 1973
This seven-inch first saw the light of day back in 1982 as a bonus EP attached to Parsons’ Live 1973 full-length album. Side one features the “encore medley” of “Bony Moronie/40 Days/Almost Grown” and side two features interviews with Parsons and Emmylou Harris, as well as a tribute version of “Hot Burrito #1” by the Byrds’ Gene Parsons. This is one of the more extremely limited releases as only 650 were pressed.
Punch Brothers, “Ahoy!”
While this impressive quintet initially released this on CD last November, it’s now available on vinyl, as well. The songs were captured during the recording sessions for last year’s album Who’s Feeling Young Now? and continue in the same rambunctious, jazzy, virtuoso vein. In just five eclectic tracks, they manage to throw us a sea shanty, traditional bluegrass, rootsy blues and a gloriously cacophonous stomper. They pressed the 10-inch EP in honor of Record Store Day, but you may be able to celebrate a little early as it might hit some stores on Tuesday (April 16).
In the meantime, you can browse through all of the Record Store Day releases and find a list of participating record stores.
Posted by Will Hodge at 9:47 AM