You folks can have your all-night campouts at K-Mart and your “that was my fondue set” shankings at Sears, I’m heading to the record store on Black Friday.

Although the big Record Store Day event takes place every April, we all know that once a year just isn’t enough to satiate the frenzied appetite of most vinylists. So back in 2010, the fine folks at Record Store Day augmented the celebrations with their own Black Friday event. Even though I’ll be out of town visiting family this year, I’m hoping to tear myself away from the turkey long enough to grab some of the goods. What better way to celebrate Thanksgiving than with some sweet limited releases on multi-colored wax by a variety of killer bands?

This year’s list is as strong as ever and you can check out the whole thing HERE. But since I know you’re curious, here's my Top 5 of the ones I’m most excited about: 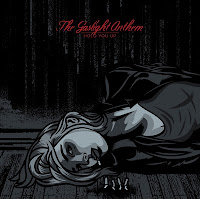 The Gaslight Anthem – Hold You Up [EP] 10”
3 unreleased acoustic tracks on red vinyl including “Hold You Up,” “Misery” and their cover of “Skinny Love” by Bon Iver.

Fat Boys – Fat Boys Pizza Box LP 12”
Following the re-release of Fat Boys’ debut album on CD earlier this year, here we get the album on a 12” vinyl pizza picture disc and it’s housed in a pizza box! Also includes a Fat Boys poster, oversized booklet and digital download card with the bonus tracks from the re-release. 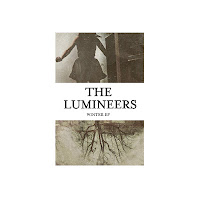 The Lumineers – Winter [EP] 10”
4 track EP with their cover of “This Must Be the Place (Naïve Melody)” by Talking Heads.

Nirvana – Incesticide (20th Anniversary 45 RPM Edition) 12”
Remastered release of this 1992 classic compilation cut at 45 RPM, as opposed to the previous 33 & 1/3 RPM version. It’s a double disc release and the first time in a gatefold sleeve as well. 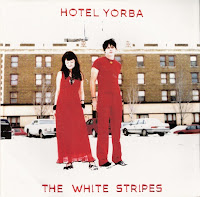 The White Stripes – Hotel Yorba 7”
First US release of this 7” UK single from 2001. It’s my favorite Whites Stripes song with a great cover of “Rated X” by Loretta Lynn on the B-side. Third Man Records is also rereleasing the 7” singles of “Fell in Love with a Girl” and “Dead Leaves and the Dirty Ground” as well.

There some pretty cool releases from Johnny Cash, Joe Strummer, Joey Ramone, Biz Markie, My Morning Jacket, Wanda Jackson, Band of Horses and Bob Dylan as well. A splendid time is guaranteed for all.