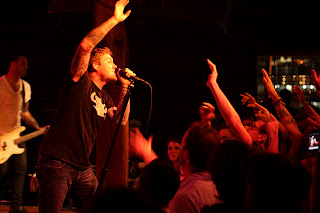 Sometimes all you need is a good ol’ head back, eyes closed, fist in the air, top of your lungs sing-a-long with a crowd of familiar strangers to remind you of the unparalleled power of music. I’m not talking about a reminder of the grand spectacle of showmanship or the shiny gloss of perfected production. I mean the power of the life-affirming, joyous, heartfelt, sweaty, passionate, punch to the chest explosiveness of a band that plays with the excitement of teenagers, the talent of veterans and the rock & roll reverence of the musical giants that came before them. As Gaslight Anthem filled Nashville’s Mercy Lounge with the sounds of their soulful punk rock choruses and quiet, haunting hymns, each lyric, melody and rhythm echoed out, rang true and reverberated back to the stage with a mix of attitude and gratitude usually reserved for bands much farther along in their career. With a live wire set of road-tested oldies and just enough new songs to whet the appetite for next Tuesday’s release of Handwritten, Gaslight absolutely earned and deserved every enthusiastic response and shouted back refrain they received.

As is the Gaslight custom, the boys came out to some snazzy walk-on music (Fugazi’s “Waiting Room”) and suavely used the song’s downbeat to launch into show opener “Great Expectations.” The single guitar intro riff acted as a controlled detonator for the song’s bombastic full band entrance. You could palpably feel the room explode with a frenzied energy and a word-for-word sing-a-long that genuinely lasted throughout the entire show. Frontman Brain Fallon seemed to sing every line through an unrelenting grin all night and he had no problem letting the crowd take the lead on more than one occasion. After the first three scorchers (which included a killer run through new single “45”), Brian took off his guitar and sang the next few songs with a mix of lead singer cool, class clown shenanigans and even some Tom Waits-esque zombie arm dancing. It was quite a sight to say the least.

It was during these songs that the newest addition to the Gaslight camp, former roadie and fellow Horrible Crowe Ian Perkins, deftly shouldered the rhythm guitar duties to support lead guitarist Alex Rosamilia’s tasty melodic fretwork. “Howl,” a blistering new song introduced during the guitar-free Brian portion of the set, was introduced as “us pretending to be the Ramones” and was appropriately in and out in under 2 minutes. Even being a new song, the crowd was just as engaged and were singing the lyrics back thanks to Handwritten being streamed early on NPR’s “First Listen.” When Brian picked the guitar back up, the guys launched into a powerful 1-2 punch of Sink or Swim favorites that included an extended guitar intro/outro version of “Angry Johnny and the Radio” that had Brian singing a snippet of Bon Iver’s “Blood Bank” in the middle of it. “Here Comes My Man” was another new track that seamlessly fit into the set with its “Oh sha la la” choruses and pounding drum verses. From then on, straight on until the end of the set, I can’t overstate how passionately loud the crowd was singing every single word back to the band. From Benny Horowitz’s tasty drum work on “The Queen of Lower Chelsea” to Alex Levine’s freight train bass rumblings on “Senor and the Queen” to tour opener Dave Hause joining in on bgv’s for “American Slang,” it was a non-stop, juggernaut that culminated in the climactic Gaslight closer “The Backseat” blasting out to thunderous results.

The guys came back out for an encore and used the opportunity to coyly play with the vibe of the room a little bit. Being that the crowd had feverishly hung with every song so far, they dug into the catalog a little bit and opened up with a B-side (“She Love You”), a previously retired gem (“We’re Getting A Divorce, You Keep The Diner) and then some great Gaslight folk (“The Navesink Banks”). They closed things out with a fueled up trio of classics that culminated with a roaring take on “The ’59 Sound” that guaranteed a room-full of next day hoarseness. Being able to catch a band that is firing on all cylinders and writing some of the best material of the career is such a cool opportunity and I’ve been lucky enough to experience it with Gaslight twice in the same venue. I was absolutely blown away when I saw them back in October of 2009 and this show captured the same lightening in a bottle ferocity that they showed then. Brian mentioned that they would be back in town in September and you can bet the third time will be a charm and then some. I’ll go ahead and selfishly cross my fingers now for my personal Gaslight favorite “Say I Won’t (Recognize)” to appear on the setlist. 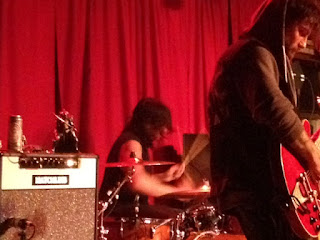 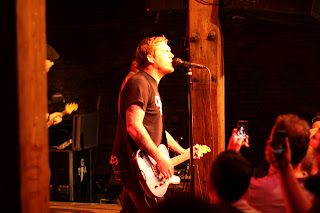 - Senor and the Queen
- American Slang
- Blue Jeans & White T-Shirts
- The Queen of Lower Chelsea
- Here’s Looking at You, Kid
- The Backseat
--Encore--
- She Loves You
- We’re Getting a Divorce, You Keep The Diner
- The Navesink Banks 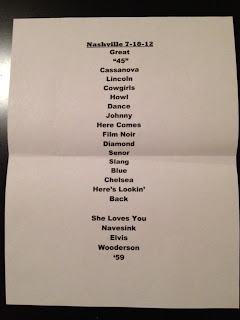 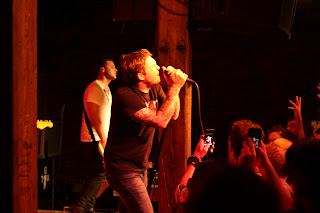