We're Putting The Band Back Together: Five Iron Frenzy and The O.C. Supertones 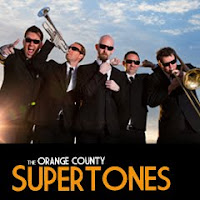 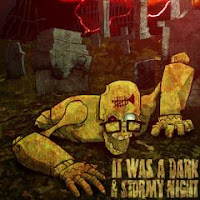 (Here's a piece I recently wrote for NoiseTrade.)

(For best results, try singing the Peaches and Herb classic “Reunited (And It Feels So Good)” in your head while reading.)

During the all-too-short-lived ska revival of the 90’s, Five Iron Frenzy and The Orange County Supertones were two of my favorite go-to bands. Having seen them both a handful of times in concert (thanks to AtlantaFest and super cool clubs like The Pterodactyl) and wearing out their respective albums throughout high school, I can safely say each band genuinely earned their spot at the top of the horn-laden heap. Both bands had some of the best animated front men, melodic horn blasts and danceable bass lines since the days of Madness, Fishbone and The Specials. Not to mention, whether it be suits and shades, Star Trek uniforms, basketball shorts or camo gear, both bands were full of snazzy dressers. But the similarities don’t end there! Currently, both bands have reunited, are working on albums AND have brand new singles available on NoiseTrade!

Five Iron Frenzy are currently offering a new song called “It Was A Dark and Stormy Night” and a quick listen will show they’ve picked up right where they left off. The punchy music, hopeful lyrics and Reese’s unmistakable vocals are all there. After launching a Kickstarter campaign back in November, they reached their $30,000 goal in just 55 minutes. Yep, go ahead and read that sentence again, I’ll wait… I know right?!? Well if that wasn’t enough of a vote of confidence from their fans, they are currently sitting at over $207,000 pledged, with all extra money going to promotions and touring. You can check out Five Iron Frenzy’s Kickstarter campaign here.

The Orange County Supertones have just released their first single “On The Downbeat”and I dare you to listen to it without jumping up and dancing along. I first listened to this one at work and I’m STILL cleaning up the mess I made of my cubicle. I completely love the sound of the new song and the lyrical nods to The Ramones and The Offspring certainly bring a smile to my face. The O.C. Supertones just started their Kickstarter campaign and with a little over a month to go, they still need a little help to get the album funded. You can check out The O.C. Supertones’ Kickstarter here.