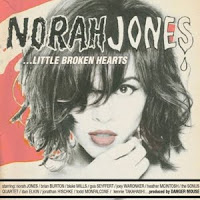 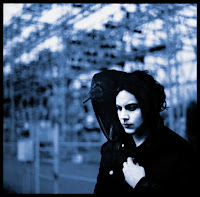 It may sound a little archaic, but I still get really excited when artists release news about things like artwork and track listings for their new albums. Two of my favorite artists, Norah Jones and Jack White, both have albums coming out pretty soon and both have been trickling out some cool information to help ease the wait. Norah's album is coming out May 1st and it's called Little Broken Hearts. Produced and co-written by Danger Mouse (Brian Burton), this one sounds like it's going to be one of her most interesting and most adventurous albums yet. The campy album artwork is based on a movie poster for the film Mudhoney (yes, they got their name from the film too) that was hanging in Danger Mouse's studio during the recording sessions. Norah and Brian have worked together previously on the ROME album and that led to them collaborating for Little Broken Hearts. Not only is Danger Mouse producing, he also shared in the songwriting and instrumental contributions as well, playing some drums, bass, guitar, keys and strings arrangements alongside Norah's piano, keyboards, bass and guitar.
Little Broken Hearts - Norah Jones (May 1st)
1. Good Morning
2. Say Goodbye
3. Little Broken Hearts
4. She’s 22
5. Take It Back
6. After The Fall
7. 4 Broken Hearts
8. Travelin’ On
9. Out On The Road
10. Happy Pills
11. Miriam
12. All A Dream
Fellow ROME participant Jack White has got a new album on the horizon as well, with his first solo album Blunderbuss being released on April 23rd and 24th. After years of fronting The White Stripes, The Raconteurs and The Dead Weather, Jack is going it alone for the first time and his first single, "Love Interruption," sounds completely unique, original and wholly Jack. Folky, soulful and brimming with a restrained energy that threatens to take off at any moment, "Love Interruption" has really set a cool precedent for the album. Jack is joined by Nashville's own Ruby Amanfu on the track and the two sound really amazing together. I'm really excited to see what all Blunderbuss is going to hold, as well as what sort of two day, multi-package release shenanigans it's going to get. Fingers crossed for some swanky colored vinyl!
Blunderbuss - Jack White (April 23rd/24th)
1. Missing Pieces
2. Sixteen Saltines
3. Freedom At 21
4. Love Interruption
5. Blunderbuss
6. Hypocritical Kiss
7. Weep Themselves To Sleep
8. I'm Shakin'
9. Trash Tongue Talker
10. Hip (Eponymous) Poor Boy
11. I Guess I Should Go To Sleep
12. On And On And On
13. Take Me With You When You Go