I seriously love the concept of "the single." By pulling a song from the safe confines of an album and presenting it as a singular experience, it makes the song stand on its own and either hook you or lose you by its own merits. Not to mention, you also get some cool new artwork and a diversity of physical mediums (7" vinyl, 12" vinyl, flexi-disc, cd, cassingle, etc.) to choose from. However, what can sometimes be the defining factor of whether a single is worth picking up or not is the hidden gem known as the B-side. In the 80's, the B-side was almost always just a remixed, longer version of the single tagged with a moniker like "extended cut," "dance edition," "club version" or "swing beat dub mix." They're all fun and nostalgic to listen back to now, but for the most part it wasn't anything terribly original or different from the A-side single. In the 90's however, there was a unique mixture of relaxed "radio friendly" expectations and an onslaught of bands who wrote and played all of their own stuff and had prolific (for better or worse) songwriters. This allowed for there to be a lot of "previously unreleased" and "non-album track" type of brand new songs to be tucked away on the B-side. Some of them even found their way onto greatest hits packages, compilations and movie soundtracks. In most cases though, that specific single would be the only place you could even hear the song. So that's what "B-sides the '90s" is going to be all about; a reoccurring feature that highlights some of my favorite songs, covers and live tracks that were hidden away on the b-side of a single from the '90s. 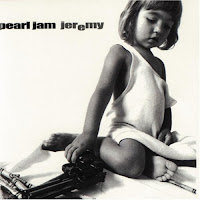 "Yellow Ledbetter" by Pearl Jam (1992) - Appearing on the single for "Jeremy" from Pearl Jam's legendary Ten album, "Yellow Ledbetter" is probably one of the most popular B-sides from the 90's. As "Jeremy" was hitting maximum radio exposure, radio deejays started playing "Yellow Ledbetter" instead and the response was incredible. Especially for an unofficial release. It even made its way onto the charts, eventually hitting #21 on the Billboard Rock charts. The mellow musical vibe of "Yellow Ledbetter" sounds incredible and guitarist Mike McCready's Hendrix-inspired riffs and blistering solo helped make this one of their most memorable fan favorites. Just don't try singing along with any sort of accuracy. Eddie definitely does his best Michael Stipe mumblings throughout but everyone usually hits the "box or a bag" line pretty well.
"Yellow Ledbetter" - Pearl Jam ("Jeremy" single) 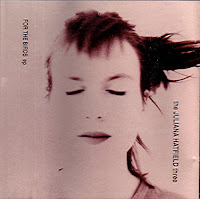 "Hello My Name Is Baby" by The Juliana Hatfield Three (1993) - I'm a huge fan of angsty girl alterna-rockers like Liz Phair, Tanya Donnelly from Belly, Nina Gordon and Louise Post of Veruca Salt and Kim Deal from The Pixies and The Breeders. For me though, Juliana Hatfield is probably the queen of the hill. Not only did she put out some of the best melodic, aggressive girl grunge of the era, she also did some incredible work with The Lemonheads and surprisingly showed up on a couple television shows like The Adventures of Pete & Pete and the christmas episode of My So-Called Life. Game, set, match Juliana. Her 1993 album, Become What You Are, got a ton of spins in my middle school cd player and I was constantly scanning my classes for a spunky girl like her. While "My Sister" and "Spin The Bottle" were certainly bigger radio hits from the album, "For The Birds" was released as the middle single and its B-side, "Hello My Name Is Baby," easily turned into of my favorite songs of hers.
"Hello My Name Is Baby" - Juliana Hatfield Three ("For The Birds" single) 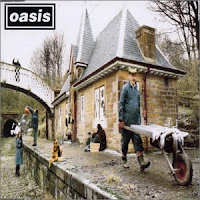 "You've Got To Hide Your Love Away" by Oasis (1995) - Another nice function of the B-side is to have a little fun doing a super cool cover song. For the Japanese import release of the "Some Might Say" single from (What's The Story) Morning Glory, Oasis covered "You've Got To Hide Your Love Away" by The Beatles. While the Gallagher brothers could certainly spark some magic in between all of the fighting, this one's kind of extra cool for a couple of different reasons. First, Noel always does a great job taking Liam's place on lead vocals. Second, come on, it's a Beatles cover and for Oasis, who were always getting ripped on for "borrowing" too much from The Beatles, covering one of their songs was essentially an audible middle finger to the critics. Third, this cover could ONLY be found on the Japanese version of the single and that's still the only release they've put it on. I remember purchasing this import at an amazing store called Media Play that carried a lot of rare releases and imports that were pretty much impossible to get otherwise. They weren't procured without a price though. If I remember correctly, this "single" cost me $22 which, even in 1995, was pretty hefty. Thankfully my sizable bankroll from bagging groceries at Kroger helped me land this one with minimal monetary impact.
"You've Got To Hide Your Love Away" - Oasis ("Some Might Say" single)