"This Head I Hold" - Electric Guest 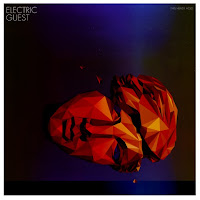 A really cool new band to keep your eyes and ears out for is Electric Guest. Their debut album, Mondo, is coming out April 24 on Downtown Records and they’ve just released their fantastic first single, “This Head I Hold.” Currently the duo (Asa Taccone and Matthew Compton) are preparing to start a Monday night residency at Echo in LA through the end of February and then they’re heading out for a run of shows that will involve an appearance or two at South by Southwest. Oh yeah, Mondo just so happens to be produced by the Midas touch of Danger Mouse as well. There’s good reason that Electric Guest are starting to build up such a buzz and a quick listen to “This Head I Hold” proves they’re worth it. Their snappy, soulful vocals dance on top of melodic flourishes, hooky loops and tastefully programmed beats, all defying you not to move along. Whether you find yourself just tapping a toe or having a full on dance party, Electric Guest is ready to provide the soundtrack.

This Head I Hold by ElectricGuest