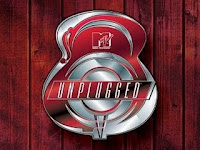 MTV Unplugged debuted in 1989 with Squeeze, Elliot Easton of The Cars and Syd Straw appearing in the first installment. While a stripped down, acoustic-based performance was certainly nothing new to rock audiences, MTV strived to take it to another level and make it a special event that held up well to repetition. Hearing bands reinterpret their songs, throw in a cool cover or two and generally just let their hair down a little meant that even at its most blasé moments, MTV Unplugged offered something unique and worth watching. On a consistent basis, what happened on that little stage equaled up to more than the sum of its parts for a magical musical moment you couldn’t get anywhere else. In fact, may of those moments ended up being released as singles or even as a complete album and DVD. MTV Unplugged slipped off the radar for a period of time, but recently they’ve revived the show with new episodes and fresh faces. I think it’s an incredible idea, especially with the track record they’ve had over the years. 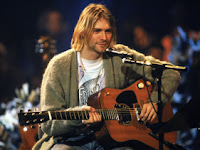 The High-Water Mark: You can’t talk about amazing MTV Unplugged performances without starting at the top. In 1993, Nirvana turned in the touchstone by which all MTV Unplugged performances before and since will be measured. Instead of trying to just filter their powerful, well-known anthems through acoustic guitars, they surprised everyone by creating beautifully lush arrangements of non-hit album cuts and obscure covers. They even added Lori Goldstein on cello for the performance. From the lack of successful singles on the setlist to the relatively unknown musical guests of Cris and Curt Kirkwood of The Meat Puppets, MTV execs were considering pulling the plug on the whole thing. No stranger to doing things their own way though, Nirvana turned perceived chaos into something untouchably gorgeous. Some folks will wrongly say that the mythical status attributed to it is because we would lose Kurt a mere four months after it aired, turning it into a self eulogy of sorts. However, all you have to do is listen to the incredible music they made and their masterful reworkings to know they did what hadn’t been done before. Capped off by a heart-wrenching cover of Leadbelly’s “Where Did You Sleep Last Night,” Nirvana owned their MTV Unplugged performance from beginning to end.

Other Standout Performances: Nirvana wasn’t the only one who used MTV Unplugged to put on an incredible showing. Only two albums into her career, Mariah Carey showed she was no studio creation and wowed audiences with a stage full of musicians and a slew of background singers for her 1992 performance. In 1996, Oasis guitarist Noel Gallagher skillfully stepped in for his brother Liam who had not only pulled out right before the show but also mocked him the whole night from the balcony. Also in 1996, Alice In Chains showed back up on the scene for their first concert in over three years. Although lead singer Layne Staley looked like a wreck from his drug abuse, he managed to conjure up a dynamic vocal effort. In 2000, Lauryn Hill used MTV Unplugged to emerge from her four year musical hiatus for a moving display of raw, new songs that included a tearful “I Gotta Find Piece Of Mind.” Surprisingly, MTV Unplugged was no stranger to great hip-hop performances at all with awesome shows from Maxwell in 1997, the Jay-Z/Roots collaboration in 2001 and the Yo! Unplugged Rap show from 1991 that included MC Lyte, De La Soul, A Tribe Called Quest and LL Cool J with a jaw-dropping, show-stopping version of “Mama Said Knock You Out.” 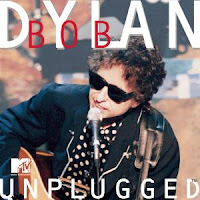 Reintroducing Legends: MTV Unplugged also turned out to be a perfect setting for introducing iconic, established artists to a younger generation of fans. Paul McCartney’s incredible 1991 show included the first song he had ever written at 14 years old and a handful of Beatles’ songs, some of which he had never played live before. Eric Clapton’s 1992 performance included a wonderfully reimagined version of “Layla” and also earned him two hit singles and six Grammy Awards. Tony Bennett’s 1994 show went Platinum, won two Grammy Awards and with a little help from k.d. lang and Elvis Costello, turned him into a hipster icon of sorts. In 1995, original Kiss members Peter Criss and Ace Frehley joined back up with Paul Stanley and Gene Simmons for the first time since 1979. Also, Paul Simon (1992), Bob Dylan (1994) and Neil Young (1993) all turned in phenomenal performances that helped gain them a broader, younger fan base.

Amazing Covers: After so many memorable interpretations of other people’s songs, it has almost become expected to attempt a unique cover song or two on MTV Unplugged. Nirvana did six, including David Bowie’s “The Man Who Sold The World” which went on to be released as a successful single. Roxette did three for their 1993 show including Aretha Franklin’s “I Never Loved A Man (The Way I Love You),” Neil Young’s “Heart of Gold” and The Byrds’ “So You Want To Be A Rock ‘n’ Roll Star.” Maxwell did two with Kate Bush’s “This Woman’s Work” and a fantastic version of Nine Inch Nails’ “Closer.” Mariah Carey set the bar high with her smoking cover of The Jackson Five’s “I’ll Be There” with Trey Lorenz. However, my favorite cover would probably have to be Natalie Merchant’s unforgettable take on the Bruce Springsteen/Patti Smith classic “Because The Night.” Something about the combination of her amazing voice, the stellar arrangement and the musical landscape in 1993 solidified this performance as one of my all time favorite musical moments. They released the whole 10,000 Maniacs MTV Unplugged as an album and a VHS. The VHS included some extra songs that included David Byrne on vocals. While the VHS may be hard to come by, I strongly recommend picking up the album. In case you need any proof or reminder of this song’s brilliance: