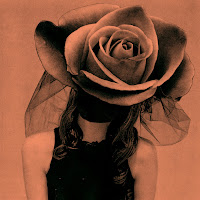 “Vicious” is the sassy opening track from the iconic Transformer, Lou Reed’s second solo album after leaving The Velvet Underground. Produced by David Bowie and Mick Ronson, Transformer is one of Lou Reed’s best solo albums and it helped propel him even further into rock superstardom. While Transformer is mostly known for producing a few of Reed’s signature songs like “Satellite of Love,” “Walk on the Wide Side” and “Perfect Day,” it’s easy to hear why he chose “Vicious” to kick the album off. With its aggressive electric guitar stabs, throbbing bass line, jungle tom drums and steady cowbell, it’s straight 70’s glam rock at it’s finest. A couple erratic guitar solos from Ronson and Warhol-inspired lyrics like “Vicious, you hit me with a flower” give some awesome flavor to the song as well. “Vicious” is one of the standouts from that early-70’s glam era that was able to include both style and substance.

For Karen Elson’s killer cover of “Vicious,” she picked up the tempo, kept the cowbell and turned in a brassy vocal performance with astounding results. Adding just a little extra spit to her usual folk intonations, her take has a lot of attitude and sounds really amazing. “Vicious” wouldn’t have fit the vibe of Karen’s debut album, The Ghost Who Walks, but it works perfectly as a stand-alone single. The B-side is another cool non-album track, “In Trouble with the Lord.” Recorded during sessions for The Ghosts Who Walks, “In Trouble with the Lord” has that lovely, haunting English alt-country vibe that she invokes so well. Karen released a special edition of this 7” single for Record Store Day this year that has pink rose petals pressed into clear vinyl. It looks seriously incredible and was an outstanding piece of this year’s offerings. Third Man Records will be releasing a black vinyl version of the single sometime in the near future as well. 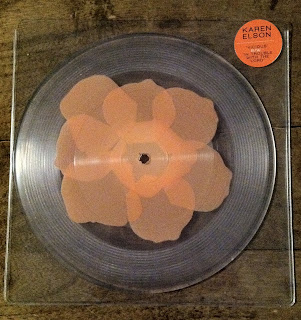