My Favorite U2 Covers 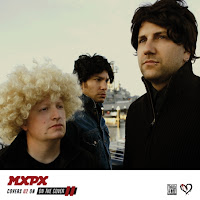 It’s been almost 30 years since U2 has played in Nashville and yours truly is ridiculously excited to be at Vanderbilt Stadium tomorrow night to welcome the boys back. It’s only the second time U2 has even played in Nashville so I’m sure they’ll have some surprises up their collective sleeves. It’ll be my second time seeing them live and I’m looking forward to another amazing experience like only they can create. In honor of tomorrow’s show, I thought I’d post some of my favorite covers of their songs. However, as I was compiling this list, I was struck by how few actual recorded covers there are out there! I’ve seen countless bands cover U2 live, but an actual studio recording committed to eternal scrutiny? That may just be a little too much to ask for most artists. I’m not sure if that says more about the uniqueness of U2’s sound or the grandness of their impact or if their songs are just hallowed ground; but either way, it doesn’t happen in the studio anywhere near as much as it does on the stage. However, there are a few brave souls who have been willing to give it a shot and here are some of my favorites that have:

Johnny Cash – “One”
“One” gets covered a lot due to its message and its simplistic chord structure, but there’s really something special about the frailty in Johnny’s version. “One” was recorded for Cash’s American III: Solitary Man album right when his health had already started declining and his booming voice was giving way to the gentle croak he was forced to use in his last recordings. The plea for peace and unity in the lyrics comes across differently from someone who is looking back over their life and trying to leave as many positive and truthful messages as they can. Johnny’s delivery of the line, “Well it’s too late tonight to drag the past out into the light,” carries a unique weight and it gets me every time.

Pet Shop Boys – “Where The Streets Have No Name (I Can’t Take My Eyes Off You)”
I’m not really sure what it is about Neil Tennant’s vocal delivery that hypnotizes me into liking anything he sings, but I just can’t get away from it. Foregoing the dynamic range and build of the original, this Synthpop version pulses along at a danceable clip and adds a little section of Frankie Valli’s “Can’t Take My Eyes Off You” for good measure as well. U2 let their opinions be known with a cleverly worded statement of “What have we done to deserve this?” playing off of the Pet Shop Boys hit single from a few years earlier. There appears to be no bad blood between the two bands though as each one has referenced the other’s music throughout the years.

MxPx – “I Will Follow”
I've got a soft spot for punk covers because there's just something really fun about taking a good song, playing it faster and singing it louder. MxPx has recorded two covers albums and this one is from On The Cover II. "I Will Follow" is the opening track on U2's first album, Boy, and was written by Bono after his mother passed away. Obviously if you tackle this song, you better do it right. MxPx does a great job of tipping their hat to the original (glockenspiel and all) while still doing it their own way.

Derek Webb – “Where The Streets Have No Name”
I love covers that can remain faithful to the original, while still taking the song in a new direction. Last year Derek Webb chose this song as one of the covers for his Democracy, Volume 1 project, and he used a ukelele and a marching band beat to create a really cool rendition. Derek’s no stranger to great U2 covers though as I have a smoking live version of “In God’s Country” from his time in Caedmon’s Call that stands on par with the original.
"Where The Streets Have No Name" - Derek Webb (Democracy, Volume I)
Posted by Will Hodge at 6:05 AM