"Bring It On" Video - The Gaslight Anthem 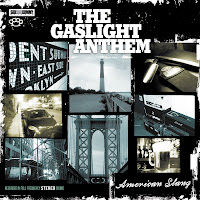 I know MTV stopped being MTV sometime in the late 90’s, but I still really love watching a well-done music video. The Gaslight Anthem has put out some great ones in their relatively short career and their new video for “Bring It On” is equally as awesome. Released on last year’s incredible American Slang album, “Bring It On” tells the story of a guy facing the troubles of a girl with a wandering heart and the new video captures the storyline well. I love the visuals and the usage of the panoramic still frames to accentuate those points where things could go in different directions depending on the reaction of the individuals. It’s subtle, but beautifully poignant. The band shots are awesome as well and that drop dead gorgeous guitar Brian Fallon is playing is my favorite combination for a Telecaster! Always keeping things close knit, the main character in the video is played by their good friend Dave Hause from The Loved Ones and “the other guy” is played by Gaslight drummer Benny Horowitz’ brother. Killer song, great video, win-win!