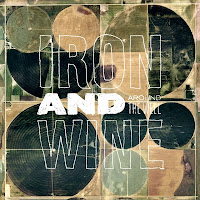 One of my favorite short stories growing up was An Occurrence At Owl Creek Bridge by Ambrose Bierce. The story is set during the Civil War as a farmer is about to be killed for trying to thwart the Union’s plans. As the hanging commences, the rope breaks, the farmer escapes and he eventually gets back home. The twist at the end is that (spoiler alert!) the rope didn’t break and he actually died. He had imagined the whole part of escaping and returning home to his family. That’s the kind of scenario I attach to the characters in New Order’s ambiguous New Wave gem “Love Vigilantes.” The song details a soldier’s thoughts of finally returning home to his wife and kids. However, the third verse has him walking through the door to find his wife with a telegram stating that he had died. There is no resolution and the open-ended scenario could either go in the “mistaken telegram” direction of him actually being alive or it could go in the “Owl Creek Bridge” direction of him being like Bruce Willis’ character in The Sixth Sense. The second one is more interesting to me, but to each his own as there’s no right or wrong in the vagueries of storytelling. “Love Vigilantes” has a great sound and rhythm to it. During the mid-80’s, there were a lot of bands blending these alternative guitar, keyboard and dance ingredients together and few bands did it as well as New Order.

Sam Beam put out a great cover of “Love Vigilantes” on Around the Well a couple of years ago and he really treated it right. Making it sound like an Iron & Wine original, Sam’s smooth voice and laid back acoustic playing are the only sounds on the track and it’s really beautiful in its sparseness. Sam slowed it down a little bit and calmed the vibe from the energy found in the original. It’s cool to hear the song done in these contrasting styles and it may or may not have an effect on how you interpret the lyrics. Although Sam’s version doesn’t really change the mystery of the third verse for me, it does alter the way the chorus hits me. Where the original “I want to see my family, my wife and child waiting for me, I’ve got to go home I’ve been so alone you see” has an excited, anticipatory tone to it, the Iron & Wine cover feels a little more melancholy and pleading. It makes my “Owl Creek Bridge” theory draw even more emotion and sympathy from me as well. Maybe the “was he alive or dead” question makes the song a little more intriguing, but either way I really enjoy both versions and I recommend checking both of them out, as well as An Occurrence At Owl Creek Bridge, whenever you get the chance.