My Part-Time Cover: "Always On My Mind" 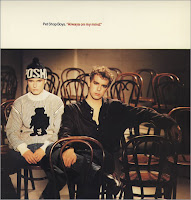 It’s been far too long since I’ve done one of these so I thought I’d whip out one of my favorites. “Always On My Mind” was originally done by Brenda Lee in the 70’s and has been recorded by just about everyone, including Elvis. For me though, I always associate it as a Willie Nelson song. Not only is his version iconic for his unique, warbley delivery but he also took it #1 in the early 80’s, so my revision is absolutely justified. Growing up, Willie’s version is the one that I heard constantly coming out of my dad’s truck speakers. My toddler memory isn’t crystal clear, but I’m pretty sure Country radio was mandated to play the song every 30 minutes or so for a year or two there. Willie must’ve known it was going to be a hit though because he titled the entire album after the song. It went on to win 3 Grammy’s that year and the album went platinum as well. Sometimes you like a song for nostalgic sake moreso than it actually being a good song, but this one is a nice mix of both.

Pet Shop Boys recorded a killer new wave cover of “Always On My Mind” in 1987 after they received awesome reviews for doing it live on an Elvis Presley tribute show. I really, really love this cover because they absolutely change the whole vibe of the song. Willie’s lamenting piano ballad is turned on its head for an upbeat, synth-driven dance track that has an almost celebratory feel to it. They also mess with the melody a little bit and throw in a couple of new chords. Neil Tennant sounds cool singing just about anything and all of the keyboards lines bubbling and stabbing around his voice make for a really awesome song. Their video for “Always On My Mind” was an MTV staple for a while there as well. Pet Shop Boys were successfully able to take a sad country song and reimagine it as a dance floor hit without tarnishing either version. In fact, I had a cassette single (or cassingle for those of you old enough to remember) of Pet Shop Boys’ “Always On My Mind” that was geniusly used to bridge the gap of musical selection battles between my parents and my sister and I. It would’ve been foolish to try to jump from “It’s Too Late” to “Pour Some Sugar On Me,” but songs like “Always On My Mind” would have my parents singing along before they knew what hit them. This song always brings a smile to my face when I hear it and it also makes me want to go skating really, really bad.