Over The Rhine - The Long Surrender (Album Review) 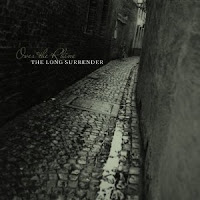 Karin Bergquist and Linford Detweiler have been performing together as Over The Rhine for over 20 years now and you don’t get to stick around that long unless you’re continually offering up something really good. Their latest release, The Long Surrender, resoundingly proves that they’ve still got plenty to say and plenty to play. Filled with weighty lyrics, fascinating melodies, captivating vocals and virtuoso musicianship, The Long Surrender is as much a refreshing breath for the soul as it is for the ears. Linford has always handled the lion’s share in constructing the musical canvas for Over The Rhine and he consistently manages to strike a superb balance between ability and feel. When he does play it’s impressively beautiful, but the way he creates space and atmosphere within the music is equally arresting. His solid melodic touch allows Karin the freedom to really get in to each line and stretch her vocal wings to electrifying results. Her subtle, smoky voice gracefully croons and climbs through each passage, making each intricate melody sound fluid and effortless. Throughout the years, Over The Rhine has eluded conventional genre labels, landing somewhere between folk, Americana, jazz, alt-country and roots rock. The Long Surrender has many gorgeous elements of each of those stylings, plus enough twists and surprises, to earn the “indefinable” label honestly.

One of the things I’ve always admired about Over The Rhine is their unique understanding and utilization of instrument combinations. If a song starts out with a jazzy piano segment, there’s no guarantee that the other instruments will just “fall in line” with the same feel. Each sound and tone is individual in nature, but unified in theme. Tom Waits is a master at this type of thing and more than a few of the songs on The Long Surrender have a distinctively “Waitsian” vibe to them. Exchange his whiskey-soaked rasp for Karin’s velvet serenade and you’ll end up with “The Laugh of Recognition,” “Soon,” “Infamous Love Song” and “The King Knows How.” Thanks to some geniusly soulful piano playing, they can also conjure up the low-lit, jazz club vibe like few else. This is shown to great effect on songs like “The Sharpest Blade,” “Rave On” and “There’s A Bluebird In My Heart.” They also have no problem tapping deeply into Americana and alt-country veins with “Only God Can Save Us Now,” “Days Like This,” and “Undamned,” which features Lucinda Williams on vocals. Over The Rhine also turns in a cleverly titled instrumental, “Unspoken,” and one of their far too few duets, the achingly beautiful, “Oh Yeah By The Way.” That one would probably be my favorite off of The Long Surrender if it weren’t for “All My Favorite People.” This thoughtful piano ballad expertly builds upon itself, adding flavorful instrumentation with each passing verse as it declares, “all my favorite people are broken” as an invitation and point of connection. The album may be titled The Long Surrender, but Over The Rhine has once again let everyone know they’re not quite ready to go gentle into that good night any time soon.

Labels: Over The Rhine