The Autumn Defense - Once Around (Album Review) 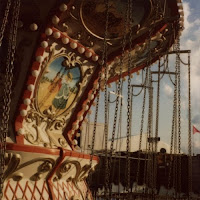 While John Stirratt is mostly known for his bass work in Uncle Tupelo and Wilco, his side project, The Autumn Defense, shows he’s no slouch as a frontman as well. Together with fellow Wilco member and multi-instrument guru Pat Sansone, they have released three full lengths and an EP. Their latest release, Once Around, is set for a November 2nd release on Yep Roc Records. Once Around is a lush, melodic record that includes all of the best ingredients from the great folk-rock albums of the 60’s and 70’s. Along with the foundational elements of acoustic guitars, bouncy bass, background harmonies, and relaxed drums, there are sweeping strings, flute, piano, violin, organ and more sprinkled throughout the album’s 11 tracks. Beautifully sparse at times and elegantly grandiose at others, John and Pat have taken all of the musical mastery they are known for in Wilco and allowed it to blossom into its symphonic, classic pop-influenced best. Once Around contains singer-songwriter simplicities with classically trained accompaniments, easy listening without the cheese, soft hits with actual soul and Wilco without the signature avant-garde meanderings. All that to say, it’s great songwriting with rich harmonies and instrumental embellishments that always enhance the song, never detract from the performance and impress without showing off.

Once Around opens with “Back Of My Mind,” a piano-driven pop-rocker straight off of 1970’s AM radio. Fitting somewhere between The Eagles and The Beatles, this song has a great melody line with the vocals, bridge, and guitar solo sounding like they were lifted from a lost recording session from Chicago or Bread. However, it only takes the reversed electric guitar sounds in the intro of the second track, “Allow Me,” to remind you how modern The Autumn Defense determines to be in their approach to the throwback vibes. This track is a great example of how they are looking to include elements of the music they grew up on without settling for a straight mimic of them. Acoustic guitars play prominently throughout the album, especially in songs like “Huntington Fair,” “Once Around,” “Step Easy” and “Don’t Know.” Whether it’s finger-picked or strummed, the gorgeous tones of their acoustic guitars really stand out and become something of a sonic anchor for the album. It allows the more ambitious tracks like “The Swallows of London Town,” “Every Day” and “There Will Always Be A Way” to spread out and have a few more elements hung on them. Fans looking for just a lighter version of Wilco will be sorely missing out on The Autumn Defense’s unique instrumental touch and their comfortably complex musical offerings.

Once Around will be released November 2nd on Yep Roc Records and can be ordered from them HERE.
"Allow Me" - The Autumn Defense (Once Around)
Posted by Will Hodge at 5:54 PM