Nothing endears me to an artist more than when they out perform their albums in concert. No matter how much you already respect a musician and like their songs, making that personal connection to their art in a live setting creates a whole new experience. It always makes me appreciate their talents that much more and it allows the roots of what’s already been planted to really take hold. Jakob Dylan is one of those musicians who exudes talent, melody, passion and intelligence, all while making it look effortless. However, his calm demeanor and deceptively casual guitar playing is merely a front for his thought provoking lyrics and his working man’s call to action. At the risk of sounding hyperbolic, I walked in to the show a Jakob Dylan fan and I walked out a Jakob Dylan believer.

The night started out with a 45 minute set from singer-songwriter Dylan LeBlanc. Signed to Rough Trade, LeBlanc just released his debut album, Paupers Field, back in August. All of his songs were sung over a gently finger-picked acoustic and were accompanied by a gorgeous sounding pedal steel. Sounding like the most laid back moments of Destroyer-era Ryan Adams, LeBlanc’s quiet songs and unassuming nature never seemed to entirely catch the audience. I believe he was suffering from some microphone and sound issues as well, which didn’t help his case. Overall though, he caught my attention enough to want to check out his album. Plus, he closed with a Townes Van Zandt cover, so he scored some extra points for that.

Jakob Dylan hit the stage a little after 10pm and gripped the audience for over an hour and a half while he orchestrated his songwriting master class. His 21 song set was perfectly mixed with material from his two solo albums and from four of his Wallflowers’ records. Armed with a few gorgeous vintage guitars, Jakob sang of love and loss, painted rural landscapes and filled them with relatable people and issues, challenged us to pay attention to the world around us and reminded us that there are things worth fighting for. While that may sound heavy and overbearing, Jakob’s delivery and song structures made it an inviting provocation. He was backed by an incredibly stellar band of electric guitar, pedal steel, stand up bass, and drums, with background vocals provided by Kelly Hogan and Nora O’Conner. The band provided a solid, rootsy sonic canvas for Jakob to let his songs breathe over. Their talents and watchful eyes allowed him to construct the songs on the fly, using his head, hands and body language to extend a song or call out solos like a folksy James Brown. Jakob is known for using great guitars and he played his black Gretsch for most of the night, while also whipping out his Gibson and his Martin for the acoustic numbers. For guitar players, this eye and ear candy was definitely noticed and much appreciated. He started the show with four songs from his latest album, Women + Country, before playing what would be one of seven songs from his days fronting The Wallflowers. I was really pleased to see that the crowd responded equally as much to his solo material as they did his Wallflowers’ output, with “6th Avenue Heartache” getting only a slightly bigger sing-a-long than everything else. The band went backstage for a couple numbers and left Jakob, Kelly and Nora to sing a beautifully haunting “War Is Kind” and a cool, stripped down version of “Here He Comes (Confessions of a Drunken Marionette).” Jakob closed the first set with a fiery version of “They’ve Trapped Us Boys” and we luckily coaxed them back out for an encore of “On Up the Mountain” and a thunderous “God Don’t Make Lonely Girls.” Jakob’s entire set was enthralling and impressive and picking a standout song is hard as there wasn’t a dud in the bunch. I was already well aware that Nashville was pretty lucky to be included in this short run of only 6 shows. But after a performance like that, I hope everyone walked away knowing just how special the night turned out to be. Even in a city known for its musical output, great songwriting and talented musicianship can still move your heart and stop you in your tracks.

Here's the setlist and a few more pictures: 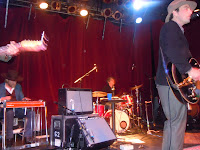 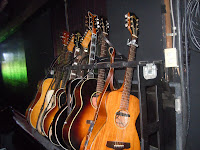 Nothing but the Whole Wide World

Truth for A Truth

God Says Nothing Back 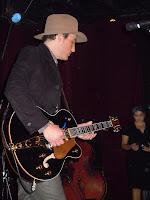 Evil Is Alive and Well

Smile When You Call Me That

How Good It Can Get

All Day and All Night

Here He Comes (Confessions of a Drunken Marionette) 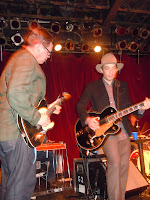 Something Good This Way Comes 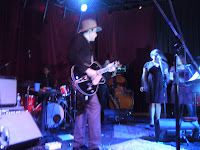 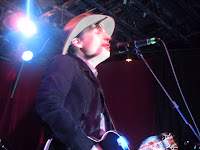 On Up the Mountain