The Band Of Heathens @ 3rd and Lindsley (Concert Review) 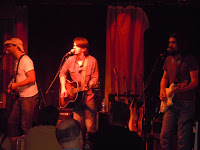 The Band Of Heathens is the type of group whose sound is both heightened and perfectly augmented by the clinking bottles and random “woo hoos” of a place like 3rd and Lindsley. They hit the stage, which looked even smaller due to their plethora of gorgeous guitars and amps, and proceeded to make it theirs for a 2 hour show of their alt-country, southern rock, soul, and blues hybrid of harmony-drenched songs. With triple threat front men Colin Brooks, Ed Jurdi and Gordy Quist trading off vocals and switching up instruments all night, each song sounded fresh and had its own distinct vibe. All three guys are talented singers and passionate players, giving as much to their supporting parts as their lead ones. With a setlist consisting of a mix of songs from their solo albums and their Heathens’ albums, as well as a couple covers and a brand new song, the show was filled with upbeat rockers, bluesy jams, back porch ballads and a lot of Texas spirit.

The Band Of Heathens opened the show strong with “Jackson Station,” a song off of their self-titled album that showcases all of their strengths perfectly. Colin, Ed and Gordy all got a verse, they harmonized beautifully on the chorus and their musical talents and diversity were on full display. In fact, their ability to swap out instruments and use piano, harmonica, mandolin, dobro, acoustics and electrics to flesh out their songs create such a full sound and a unique identity for them. They can play them all really well too! Songs like “You’re Gonna Miss Me” and “Shine A Light” included extended guitar solo sections that made the songs rock even harder and songs like “Let Your Heart Not Be Troubled” and “What’s This World” sounded just as soulful and bluesy live as they do on the records. The crowd responded most to “Jenny Was A Keeper,” the hauntingly stark “Hangin’ Tree” and the Hunter S. Thompson splashed “L.A. County Blues.” My personal high note was the junkyard shuffle of “Golden Calf,” which they pulled off beautifully, even without the full-size piano to climb inside to strum the strings. Sprinkled among their originals were two great covers, “Sin City” by The Flying Burrito Brothers and the old prison song “Ain’t No More Cane.” Between the tight mixture of their voices, their creative musicianship and their spirited performances, The Band Of Heathens put on an energetic and entertaining concert that had me singing their lyrics and humming their melodies long after the last notes were played. 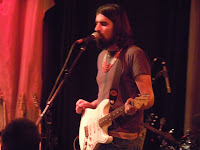 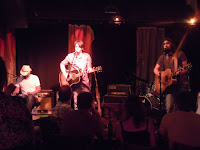 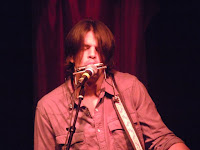 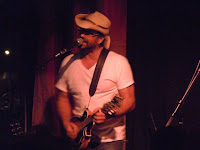 - Jenny Was A Keeper

- Somebody Tell The Truth

- Let Your Heart Not Be Troubled 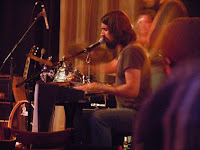 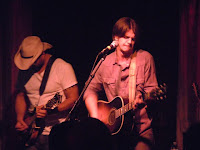 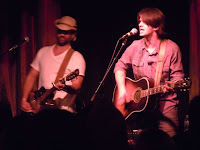 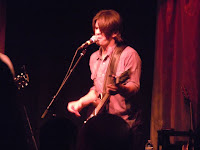 Labels: The Band Of Heathens