My Part-Time Cover: "A Letter To Elise" 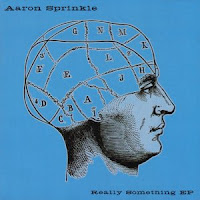 As a teenager, The Cure impressed me as one of the few bands that was able to successfully bridge the gap between the 80’s and the 90’s. Kiss Me, Kiss Me, Kiss Me, Disintegration and Wish are 3 of the strongest consecutive album releases of any band’s catalog and they hit during a rough transition period in the music industry. While bands like Nirvana, Pearl Jam, Soundgarden, and Alice In Chains were shoving hair metal out of the way and neighborhood hip-hop was being replaced by hardcore rap, The Cure was happy to stay in the alternative, new wave, gothic, pop bubble they had created for themselves. As unpredictable as they were, every one of their songs and albums was undeniably them. The Cure has always used fluid bass lines, keyboard effects and layers of synths and guitars to create really rich textures and deep moods. I remember being really interested in how they were going to sound when I heard they were going to play MTV Unplugged in 1991. Not only did Robert Smith’s musical genius get solidified by the beautiful acoustic translations of their songs, they even debuted a new song, “A Letter To Elise,” that hadn’t been released yet. Back before internet leaks, this kind of thing was still a big deal. Even in its acoustic form, “A Letter To Elise” sounded very big and melodic. For the version that eventually showed up on Wish the next year, they really filled it out nicely and made it even easier to get lost in.

Before Aaron Sprinkle released his 3rd solo album, Bareface, in 2001, he put out an incredible 6 song EP that is a hands down, must have for any Aaron Sprinkle fan. The Really Something EP contains two singles from Bareface (“Really Something” and “The Patron”), an acoustic version of a Rose Blossom Punch song (“See It In Me”), a track that didn’t make the album (“All That’s Left Of Me”), “Really Something” done acoustically and a cover that’s worth the price of admission on it’s own, The Cure's “A Letter To Elise.” Done with just acoustic and electric guitars, Aaron takes the song in a folk direction and tastefully creates something new with it. His vocals are emotionally on par with Robert’s, which is a feat unto itself, and the whole track has a great vibe to it. I love when musicians from the Northwest try their hand at country-flavored music because it has such a different feel to it than what comes out of Texas and the South. It has such an earthy, rootsy feel to it and I really love listening to songs like that. When a Seattle musician can take a song from the UK and make it sound like it came out of Austin, it makes the musical world feel just a little less disjointed doesn’t it?

"A Letter To Elise" - Aaron Sprinkle (Really Something EP)
Posted by Will Hodge at 3:37 PM