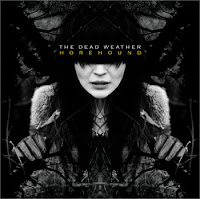 Maybe I watched too much WWF wrestling when I was a kid, but I’ve always loved the idea of entrance music. Having a song that announces your presence and let’s people know what you came to do is a great concept. Sure it'd be weird if music started playing every time you walked into a different room, but I'm sure the awkwardness would transform into awesomeness in no time. Without question, when I was a kid my entrance music would have been “You’re The Best” by Joe Esposito. “You’re The Best” is the song that plays over the All Valley Karate Tournament montage in the first Karate Kid movie. The song contains all of the elements you would look for in a personal anthem. There’s driving music to let everyone know you mean business, there’s empowering lyrics like “never doubt that you’re the one and you can have your dream” and by the time the chorus hits, everyone will be singing along to let you know that you are in fact the best around and despite how things may look, nothing’s gonna ever keep you down. Had this song been cued up during my 4th grade countywide spelling bee, I’m pretty sure I wouldn’t have had to settle for second place.

Currently my choice for entrance music would be “I Cut Like A Buffalo” by The Dead Weather. Man, this song's got everything you could ever need in an entrance song. So powerful, so funky, so in your face that people would have no choice but to pay attention and make way for you. The Dead Weather is Jack White's other, other band. Trading in his signature guitar playing for some impressive drum playing, he really dictates the vibe and flow of The Dead Weather in a commanding way that's not usually found in a drummer. He contributes a lot of his trademark quasi-spoken/rap/howl vocals as well, including taking the lead on "I Cut Like A Buffalo." You can tell he's really having fun playing and singing this song and it comes through in his performance. Impossible logistics aside, having entrance music would be one of the coolest thing's around so it would just make sense to use one of the coolest songs around.

"I Cut Like A Buffalo" - The Dead Weather (Horehound)

The Dead Weather have a new album, Sea Of Cowards, coming out on May 11th and the tracks that I've heard so far are absolutely great! They're still funky and greasy and unpredictable so I can't wait to hear what the whole album is going to sound like.
Just in case you've forgotten of the motivational music nugget that is "You're The Best," allow me to refresh your memory:
"You're The Best" - Joe Esposito (The Karate Kid Soundtrack)
Posted by Will Hodge at 10:04 PM