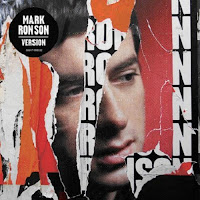 In honor of the house being a hot mess of boxes, furniture and unpacking, here’s a song featuring my favorite musical hot mess, Amy Winehouse. She may be a whirlwind of personal issues, relational troubles and legal problems, but sometimes she can push them all aside long enough to just flat out sing. Her soulful, 60’s-tinged voice stands out among most female singers who try to shatter glass every opportunity they get. Amy is a throwback to the jazz and R&B singers of decades ago who didn’t mind occasionally singing in lower registers and were confident enough to show restraint by not always going for the high money note. You can easily picture her holding her own in any smoky jazz club or dive bar being backed some old, road-worn musicians who have been around the block a time or two. Plus, I’m pretty sure you’d want her on your side if a bar fight broke out.

So far Amy has only released two albums, with rumors of a third possibly surfacing sometime this year. I hope she gets herself back together enough to pull it off. Not just for the musical offering I’m sure I’d enjoy, but just on a human level, you hate to see someone so down and out like she has been. The music world always needs original voices and artists who know how to create their own art and also have good taste in covering other people’s songs. One of my favorite covers by Amy is “Valerie”, originally done by The Zutons. This fun, toe-tapping gem appears on Mark Ronson’s album Version and it’s guaranteed to put a skip in your step.