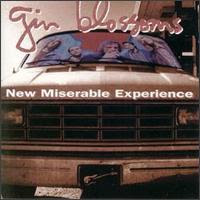 So today is my last day as a 29 year old. That’s right, tomorrow is the big 3-0 for me! To be honest, I’m pretty excited about it! Not in a denial, “no-I’m-really-okay-I-just-have-always-wanted-a-convertible” way; but in a “man, life is really good” way. As much as that sounds like a cheesy Carnival Cruise Lines commercial, my life is ACTUALLY really good! God has blessed me with a wife that is far more hot, encouraging, funny, supportive and caring than I could ever deserve. I’ve got great friends, an awesome church, and a killer job. I get to watch Amanda pursue her calling in nursing school and we’re even building a brand new house. Lest you think I’m bragging, I’m just trying to say that God is doing far too much for me to worry about entering into a new decade of age. I may have to check a different box on some governmental forms now but I promise to be smiling as I do it. Let’s just hope my dentures don’t fall out when I do! Badoom ching!

I was 12 when I got Gin Blossoms’ New Miserable Experience. In what would become a recurring theme over the years, I had to work pretty hard to convince my mom to buy it because she didn’t like the title. “Why would someone sing about a miserable experience and why would you want to listen to it?” she would ask me. Lucky for me, Gin Blossoms were of the jangly alternative variety so all I had to do was let her hear the upbeat tracks like “Hey Jealousy” and “Allison Road” and she let up. In an era filled with sludgy, detuned guitar riffs and Cookie Monster vocals, Gin Blossoms were a great palette cleanser. They were carrying on what R.E.M., Guadalcanal Diary and Camper Van Beethoven were doing in the 80’s (and of course what The Beatles and The Byrds were doing in the 60’s) and adding their own “occasionally abrasive” touch to it. New Miserable Experience was less formulaic than what was on the radio at the time, but it still managed to have some hits.

“29” ended up being one of my favorite tracks off the album. It is essentially a song about getting older and not exactly being thrilled about where you are currently at. I can distinctly remember being 12 and listening to this song while sitting on my bed and wondering what I would be like at 29. What’s weird is that it wasn’t an intentional, list-making, “this is what I want to have accomplished and what I want to be” kind of wondering though. It was a “come what may” wondering, like I had no say in the matter and I was just curious as to how things would turn out. It was as if I could’ve just had a snapshot and seen how things were going to be for me, good and bad, and I’d have been satisfied. I think the reason there was no planning going on was that 29 seemed so far off to me. But what would you expect? At 12, I still had 17 more years before I turned 29 and that was longer than I had been alive at that point. The pure, uncalculated curiosity was so real to me though and I can still remember that specific feeling. At the time, the line “only time will tell if wishing wells will bring us anything” stood out to me as optimistic and containing a “fingers crossed” hopefulness. Now I hear it as almost a regretful, “let’s hope there’s something magical around the bend because what I’ve got so far isn’t looking so good” retrospection. I hear it now as more looking back than looking forward. Although I still really enjoy listening to the song, I can’t say that I relate to it any longer and I’m totally okay with that. If my 12 year old self could’ve been shown a snapshot of now, I’m sure I would’ve had the biggest smile in the world knowing things turned out as awesome as the have.