"I Boast No More" - Sandra McCracken 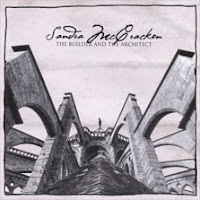 For a variety of reasons, I have quite a fascination with church hymns. Growing up in a Baptist church, every song we sang on Sunday mornings came from a hymnal. It was like this well into my teen years, even when praise and worship music was becoming more modern and popular. Sure we eventually incorporated new songs into our services, but at least two or three selections every Sunday were still from the hymnal. At the time they seemed kind of dusty and archaic to me because I liked some loud bass and some pounding drums and I wanted to use distortion pedals on my guitar. But thankfully those old songs got rooted deep into my soul and I eventually learned to love the depth and purity I found in the lyrics. I love collecting old hymnals and I get a lot of inspiration from reading them. Those hymn writers didn’t pull any punches and their up and downs, their joys and trials, were hard earned and authentic. When you find out some of the stories behind their songs and learn about the lives most of the hymn writers had it makes their words even more powerful. Even if you may not subscribe to the same faith or views, you wouldn’t be able to deny that these people turned their struggles into something beautiful by tapping into something real and revolutionary.

Today there are a lot of songwriters who are continuing in this tradition by updating the music for old hymns and also writing their own. I have to admit that musically I enjoy these much better than the solo piano versions I grew up on. The most important part is still the lyrics though. That’s where the weight of the hymns are at. One of the modern hymn writers who seems to always nail this idea is Sandra McCracken. She is an incredibly talented singer/songwriter and in addition to her other great folksy, relational, love and life songs, she reworks old hymns and creates new ones. In between her other records, she released an entire album of hymns in 2005 called The Builder and the Architect and it contains both originals and renovations. The fact that it’s hard to tell which ones are hers and which ones were written in the 1700’s is just a testament to how well she can write and how great the instrumentation is. I’ve seen Sandra in concert quite a few times and whether she is performing in a college chapel service or a downtown bar she is able to bring a freshness and a reverence to any moment in any venue. Sandra just finished recording a new hymns album, In Feast Or Fallow, which will be released sometime in the next month or so. You can download a free 3-song sampler of the new album from NoiseTrade here.

For an example of the hymns side of her artistry, here’s her updated version of Isaac Watts’ “I Boast No More” from The Builder and the Architect. She is joined on it by roots music legend Buddy Miller on vocals and guitar. You know with THAT seal of approval she’s got to be doing something right!